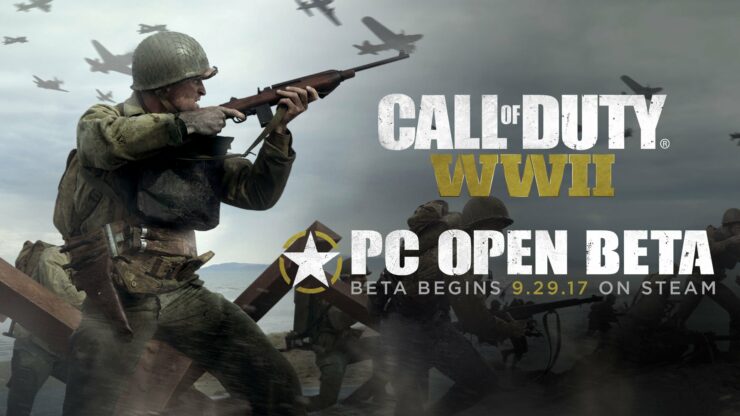 Fans will be able to try Call of Duty: WWII PC in about two weeks from now. In fact, Sledgehammer Games announced yesterday that an Open Beta focused on Multiplayer will be available from September 29th to October 2nd via Steam. They've also revealed the preliminary minimum requirements.

Together with Raven Software, we’re excited to share that the Call of Duty: WWII Open Multiplayer Beta on PC will kick off on September 29th and run through October 2nd on Steam.

The PC Open Beta is just a small part of the full Call of Duty: WWII Multiplayer experience coming to Steam in November. This test is a critical step on our road to delivering the best possible online experience on Steam at launch in November, with the following key goals:

Stress test core gameplay systems and online backend infrastructure at scale
Provide PC fans with their first hands-on experience of the boots-on-the-ground combat coming in Call of Duty: WWII Multiplayer
Engage with the PC community to fine-tune and optimize the PC experience for November
Here are the minimum PC specs you’ll need to play in the Beta test. Please note that these specs are for the Beta only. In our next update, we’ll share the recommended PC specs for the Beta, since we’re finalizing this part of our testing as we speak.

These specs could change following the Call of Duty: WWII PC Open Beta, so we’ll share the final specs closer to launch.

The game is due on November 3rd for PC, PlayStation 4 and Xbox One. Check out the latest news on the Zombies mode in our recent report.