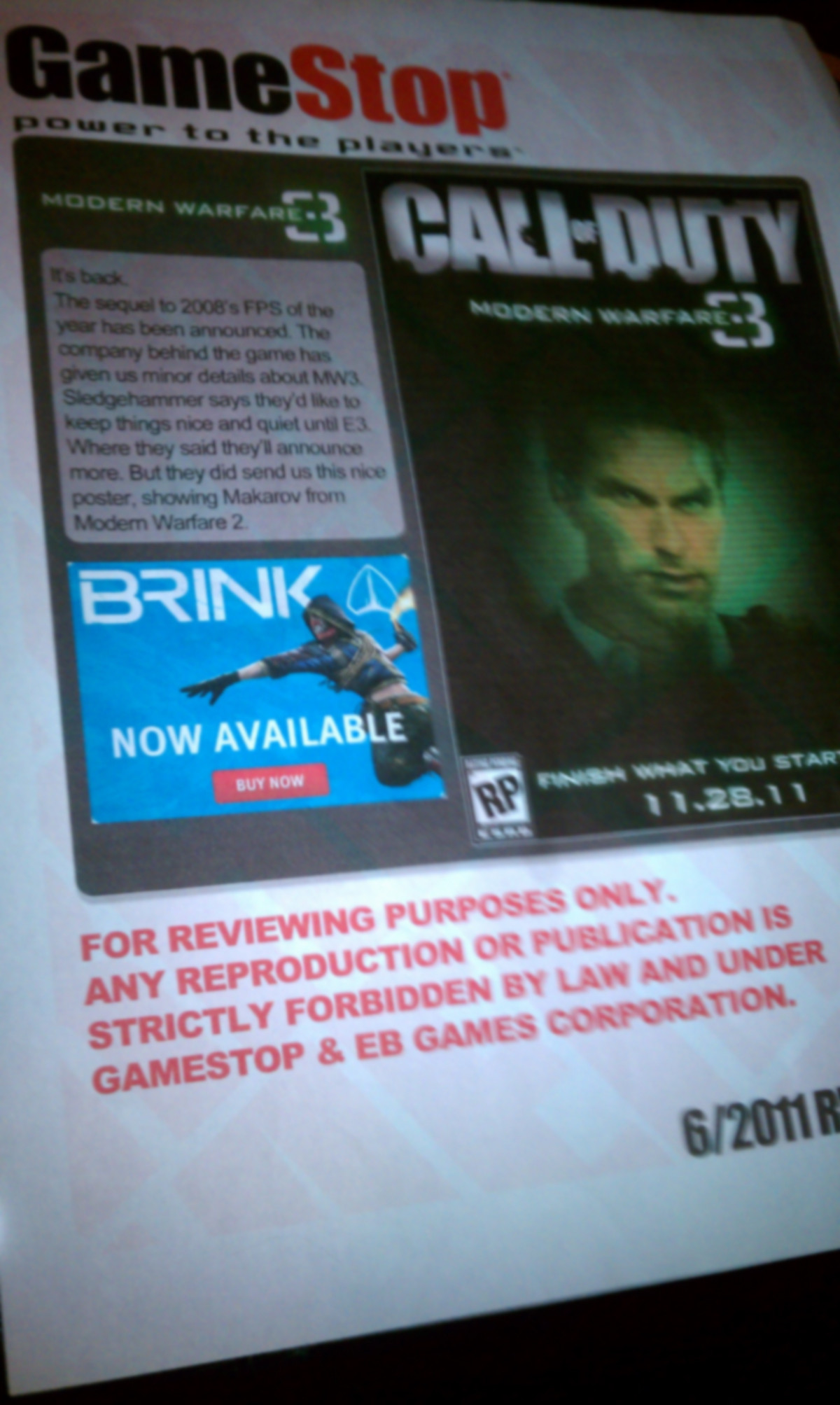 The June issue of GameStop Magazine has revealed a few details on the upcoming Call of Duty Title "Modern Warfare 3". It's said that a few details along with a new poster would be featured in the Magazine while the game will be fully unveiled and previewed and this years E3 2011.

The poster shows an all time fan favorite antagonist from Call of Duty: Modern Warfare 2 "Vladimir Makarov" how seems to be making an appearance and would definitely play a large role in the game. If you didn't already knew, Makarov was the leader of an Ultranationalist Terrorist Cell in MW2.

Other than this, The release date of the game was also shown and the game is set to be released on 28 November 2011 on PC, PS3 and Xbox 360.