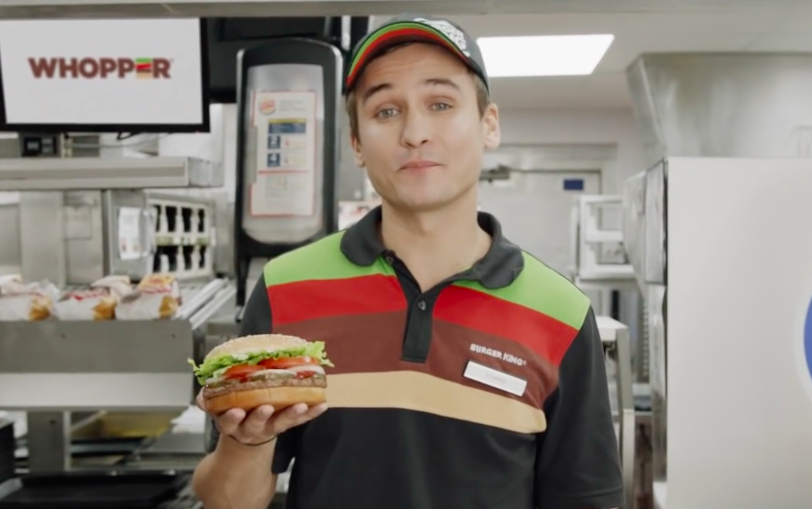 The 15-second ad was aired in April, and it featured the phrase,“OK, Google, what is the Whopper burger?” On hearing the trigger phrase, a Google Home device would recite the Wikipedia entry for Burger King, but things got a little messed up when people edited the Wikipedia entry and took it to another level of mischief. But, all the hustle helped the ad in going viral.

Ted Lim, jury president and chief creative officer of Dentsu Brand Agencies, APAC, said about the Burger King ad,"This is the best abuse of technology". The campaign was in close competition with State Street's "Fearless Girl" on Wall Street. It won by a margin of one vote. Extending his views on the Burger King's “Google Home for the Whopper” advertisement, Lim said,"It gets to you in your living room. It messes with you. It was just outstanding, outrageous, simply incredible, and we loved it to bits".

The original Wikipedia entry for the Whopper reads,"The Whopper is a burger, consisting of a flame-grilled patty made with 100% beef with no preservatives or fillers, topped with sliced tomatoes, onions, lettuce, pickles, ketchup, and mayonnaise, served on a sesame-seed bun."

After the ad had released, people kept editing it as per their whims and fancies. One of the edits read,"The Whopper is the worst hamburger product sold by the international fast-food restaurant chain Burger King and its Australian franchise Hungry Jack's."

The fast food chain managed to edit it back to the original entry, permanently. Google also stopped Google Home from responding to the trigger phrase for the Whopper Burger. But, it was all fun while it lasted.

Here's the “Google Home for the Whopper” advertisement by Burger King: