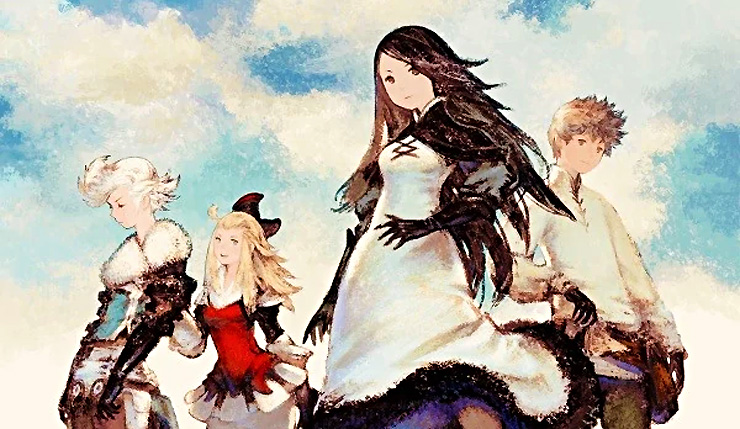 Square Enix’s Switch-exclusive retro RPG Octopath Traveler has been a bit of a surprise hit, already shipping over a million copies, so what’s next for the game’s developers? Well, based on a new Twitter tease, it seems they may be planning to revisit a past success.

Many of the devs who made Octopath Traveler also worked on Bravely Default for the 3DS, which was a sleeper hit in its own right. The tweet shows this image, posted several days ago to celebrate Octopath moving a million units…

…casting a shadow that that looks very much like Airy, the fairly mascot of the Bravely Default games.

Here’s a rough translation of what the tweet says:

We've already announced it, but...

“Square Enix BD 11” is a reference to Square Enix Business Division 11, the team that oversaw both Octopath Traveler and Bravely Default. Seems like a pretty obvious tease! Of course, we don’t know what form a new Bravely Default project will take – a full sequel? Or perhaps HD remakes of the 3DS games?

Of course, we’ll probably have to wait a quite while for any new Bravely Default game, so, in the meantime, definitely check out Octopath Traveler. Wccftech’s Dave Aubrey found it to be a fulfilling, old-school JRPG experience in his review…

“Octopath Traveler isn’t really a game you’d play for an incredible story or world. But playing it is an undoubtedly satisfying experience – while it lasts. Beating down enemies just feels good, and even fighting bosses for up to 20 minutes somehow stays fun and interesting. It’s the simple satisfaction of equipping your team with weapons, armor, powering up skills, and seeing your improvements in battle as you easily fell enemies and keeping growing and progressing. The story is there to push that growth along as you explore the world.”