Borderlands 3 Has Microtransactions, Pitchford Lashes Out After Making Confusing Statement 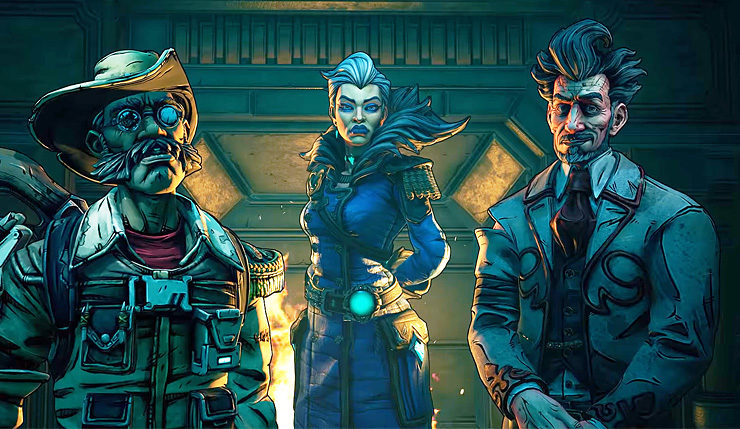 Will Borderlands 3 have microtransactions or not? Its seemingly a simple question, but in typical Gearbox fashion, the answer has been somewhat unclear. During yesterday’s gameplay reveal, Gearbox CEO Randy Pitchford said this about the studio’s Borderlands 3 monetization plans…

Well, that seems pretty straightforward, right? Well, not exactly – in an interview with Game Informer, Gearbox’s Paul Sage admitted the game will have cosmetic items for sale…

We're selling cosmetic items, but we're not going to nickel and dime players. DLC will come down the line, but the game won't have anything excessive.

PC Gamer also confirms the Borderlands 3 will let you buy gameplay-altering items like XP and loot boosts. So yeah, no microtransactions? Not so much. Nevertheless, the volatile Pitchford lashed out at Game Informer, insisting it was obvious he was talking about Borderlands 3 not having a free-to-play structure, not that there’d be no microtransactions at all (Warning: language).

Why you guys would fuck me on this is beyond me... thanks a lot.

Personally, I can say that definitely wasn’t clear to me as I was watching the Borderlands 3 reveal stream, and I don’t think I was the only one confused! Pitchford then attempted to clarify his stance in a lengthy tweetstorm – you can check that out here.

I don’t think Pitchford was trying to deceive anyone with his microtransaction comment – it was a slip of the tongue during an emotionally-charged reveal. That said, Game Informer did nothing wrong by trying to clarify the situation, and Pitchford’s angry response wasn’t warranted. Maybe it’s time for the dude to take a little Twitter break.