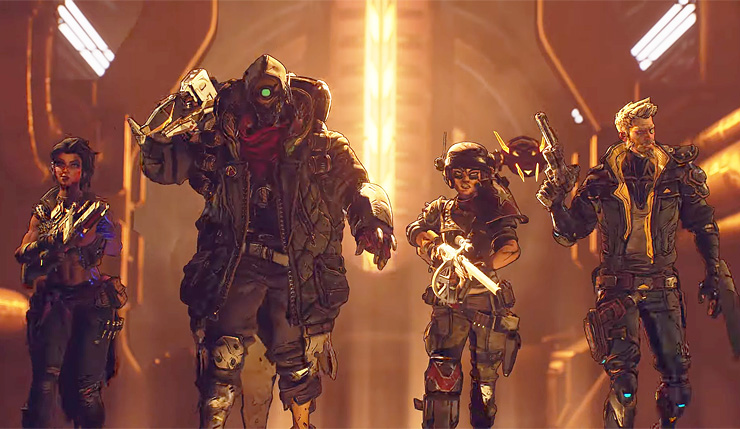 Like it’s predecessors, Borderlands 3 is all about the co-op fun, which means the game will live or die based on players being able to assemble a good squad of Vault Hunters. As such, many are hoping Borderlands 3 will support crossplay – putting together a team will be a lot easier if you don’t have to worry whether your friends are playing on PC, Xbox One, or PS4.

Well, it seems like Borderlands 3 crossplay may, in fact, be happening. Yesterday, eagle-eyed fans noticed the Borderlands 3 Microsoft Store page featured a telltale "crossplay" tag. That’s since been removed, but the Internet never forgets. The Microsoft Store page didn’t specify which platforms would be able to play together, but you have to assume PC and Xbox One would definitely be included. Whether PS4 is also joining the party is the big question.

“Cross-play is something we're looking at closely, but we don't have anything to confirm or announce at this time.”

For what it’s worth, 2K’s decisions aside, myself and the team at Gearbox have a very keen interest in cross-platform play. We believe multi-platform support is a pre-requisite and Epic’s leadership with cross platform support is helpful to our interests there. 3/3

So yes, at this point, it seems pretty likely Borderlands 3 crossplay is happening, at least to some degree. Again, PC and Xbox One are almost certainly going to be able to play together, but getting PS4 players on board may be difficult. Sony finally relented and let Fortnite crossplay happen last year, but is Borderlands a big enough franchise to get similar treatment? I suppose we’ll see!