From Software's Bloodborne is a role playing action game which made its way on to PlayStation 4 platform last month. The PS4 exclusive has been a welcome game after the mixed sentiments on the last release of The Order: 1886. The game has so far done well in reviews and is a good title to have in terms of value for money and playability (i.e. if you like dark alley games). The latest news regarding the most recent PS4 exclusive is that Bloodborne has received a new patch upgrade that has solved one of the biggest in game problems. 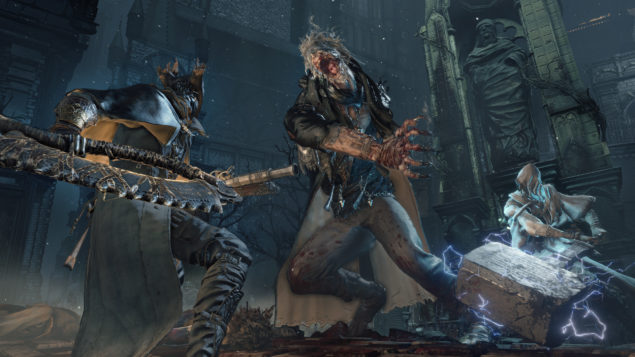 The biggest issue of Bloodborne has been resolved. The games' load time which previously was a tiring 45+ seconds has been reduced to 10-15 seconds thanks to the game developers. Although the exact load time can still vary in the range north of 15 seconds, now the wait has been made a bit more productive by the team as it now gives you a description of items and object within the game while loading, rather than a blank screen saying Bloodborne.

You can download the latest game update by pressing options on Bloodborne in the PS4 homepage and then select "check for updates." The update adds also fixes some other bugs, you can view the complete patch notes below:

Points updates and not mentioned in the list, according to Gamepur, are:

The PlayStation Europe page on Twitter has also updated users about the new patch via a tweet:

And confirmations have been posted about the reduced load times by the fans:

"Can confirm, loading screens are much quicker. And being able to read things makes them even less painful."

"wow what a difference great job by them! the added lore is great and loading seems much faster maybe half the time"

"finally. Loading screens were more annoying than dying in this same place every time"

So you can go ahead and update your game to enjoy less load times! Do share your take on the update in the comments.