This weekend is a perfect time to enjoy Sony's latest blockbuster hit, Bloodborne. It's an even better opportunity to test your mettle with your friends, and others, using the great multiplayer capabilities. But Sony warns that you shouldn't do so in the Forbidden Forest, or you'll face consequences beyond that which you can imagine. 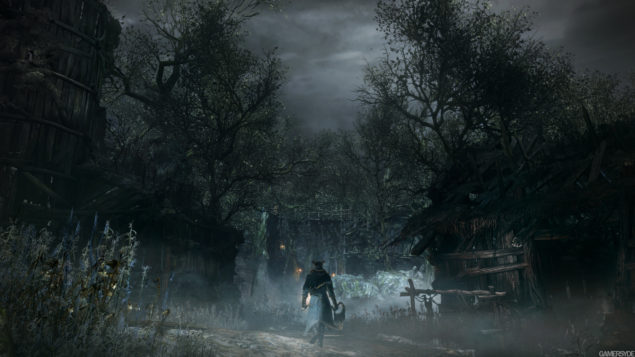 Sony warns of a game-breaking bug when playing the Bloodborne Forbidden Forest area. They're aware of it and a fix is incoming, though.

Sony posted an advisory on their Japanese website that tells the tale of the bug. It advises players to avoid joining any multiplayer games via the Small Resonant Bell or even the Sinister Resonant Bell while you're in the area of the Forbidden Forest. Doing so may actually prevent the game from continuing due to the Lunarium Key not appearing in the Byrgenworth College when it should.

Oddly, the game-breaking bug doesn't occur if you're the host, only if others join your instance. So if you're hosting a game and no one joins, then you'll be fine, though joining any ongoing games will have a chance at reproducing the aforementioned bug.

Sony does say that they are more than aware of the issue and that a hotfix for Bloodborne is incoming so that you may continue to enjoy a great game with others. Until then, just avoid the Forbidden Forest, as much as one can not try to enter something that has "forbidden" in the name, but no matter how tempted you are, just don't do it!