You might remember that Cliff Bleszinski, the man behind Gears of War, has now founded his own studio called Boss Key Productions. Their upcoming game was codenamed Project BlueStreak, but today it has been confirmed to be titled LawBreakers. 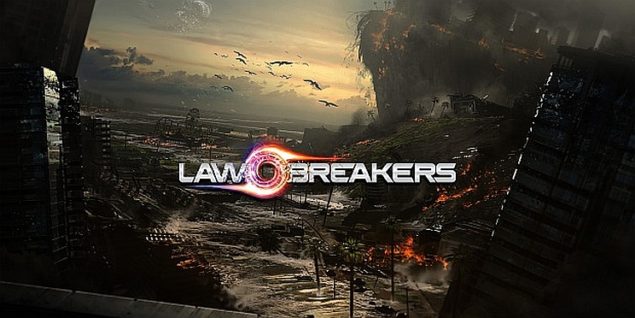 Here's what LawBreakers is all about according to its creators:

LawBreakers is a competitive team-based FPS set in an alternate future in which the world has been divided into two factions following a huge cataclysmic event known as ‘The Shattering’ that changed gravity forever. Afterward, the world recovered and ushered in a new age technological advancements providing gravity manipulation and supplement use that grants near-superhuman abilities. Now, the new technology rages and two forces fight for control; a peacekeeping organization charged with upholding the law, and a highly-organized crime syndicate bent on breaking it. Players will be asked to choose a side – it’s LAW versus BREAKERS.

A live-action trailer that shows the backstory of warring factions can be found below. The first actual gameplay trailer is set to be revealed on Friday, August 28 at 5PM GMT/9AM EDT/6AM PDT, though we have already seen some in-game footage at PAX East.

Boss Key Productions also announced that fans may try LawBreakers for the first time in Seattle during PAX Prime, with one map and four characters playable. However, there's a twist: this won't happen at the actual convention; instead, it will be at a secret location just blocks away from the Washington State Convention Center. Clues to the location will be shared on the LawBreakers’ Twitter (@lawbreakers) and Boss Key Productions’ Twitter (@bosskey) in the coming days. Entrance will be granted on a first-come, first-served basis.

According to Bleszinski, LawBreakers is being developed with PC as the main target platform, though console versions aren't completely off the table. The partnership with Nexon seems to indicate that the game could be Free-To-Play (F2P).