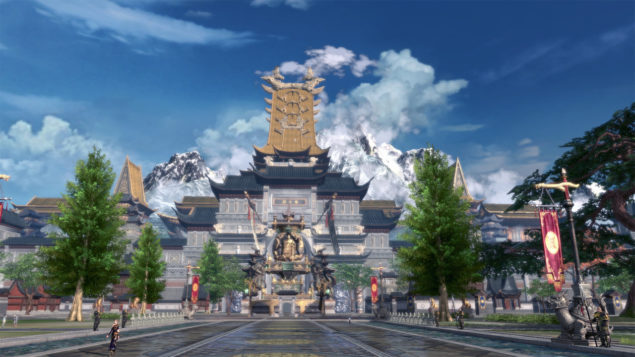 The game originally released in Korea over three years ago, on June 30 2012, but it seems like the time has come for North America & Europe as well: NCSoft announced that the Blade & Soul beta will start this Fall, with the full launch scheduled for Q1 2016.

Gamers interested in the beta can purchase three different tiers of Founder's Packs.

We have been hard at work to bring Blade & Soul to North American and European players, and today’s announcement brings us one step closer to our Closed Beta Test this autumn. Our Founder’s Packs offer players meaningful bonuses and extras that will enhance their experience with the game before launch and well beyond.

Despite the 2012 release, Blade & Soul (made with Unreal Engine 3) still looks good as testified by these screenshots released during Gamescom 2015.

Check out the Warring Factions trailer and stay tuned for more information as the launch of Blade & Soul draws near.