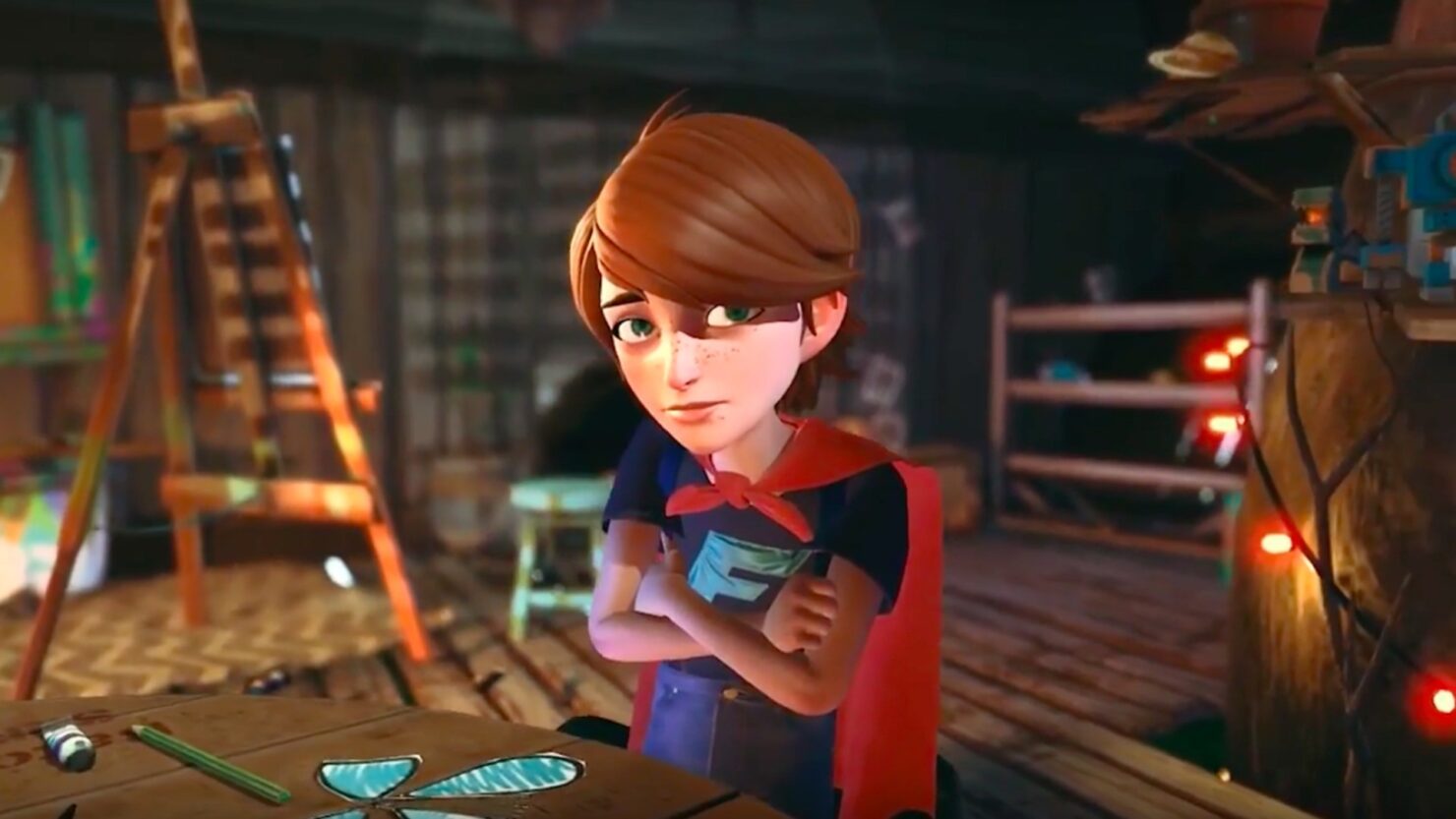 In a child’s imagination the impossible is anything but. While playing through Blackwood Crossing’s Gamescom 2016 demo, that line kept repeating through my head. In the short demo there were countless examples of things that didn’t make sense, logical leaps that only ever happen in dreams, but in Blackwood Crossing everything fit neatly together.

First and foremost, Blackwood Crossing is a first person adventure game that's largely story driven. The plot is all about the relationship between Scarlett and Finn, Scarlett being the player character and Finn being her younger brother. The demo opens on a train, and everyone aboard – save for yourself and Finn – is wearing a creative, yet disturbing mask. Soon things are clearly not as they seem, as people disappear, or seem frozen in place.

Walking through the train the basic plot becomes clear. This isn’t reality, or rather, perhaps it is reality through Finn’s eyes. The masks people wear represent who they are on the inside (or who Finn perceives them to be), either pig-faced monsters who bully those smaller than them, or lovingly crafted and cherished members of the family.

If the questionable nature of reality in Blackwood Crossing wasn’t already evident, it’s not long before a train carriage opens up into a garden, with a large tree in the center. Climb this tree and you’re in a treehouse, one from your childhood. In writing it feels abrupt, but in Blackwood Crossing the gentle way the game eases you into accepting the blatantly impossible, it feels natural.

Blackwood Crossing is a story well worth telling, one that those with siblings might understand better than others. Diving in to the fantastical, impossible world of Blackwood Crossing will always keep you grounded because of a relatable and sometimes all too real struggle with human emotions. Blackwood Crossing has much more to show, and we’re excited to see how it all comes together.

Developed by small indie studio PaperSeven (based in Brighton, UK, and headed by former developers of Disney Black Rock Studio), it should be available for PC, PlayStation 4 and Xbox One in early 2017.