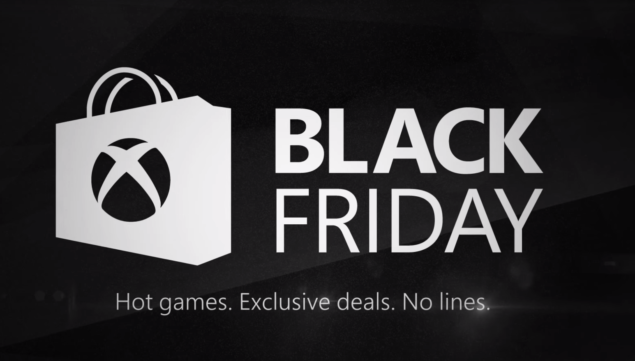 A few days ago, we already reported that the Xbox Store will be offering exclusive Black Friday deals, with discounts up to 60% on more than 150 games.

Microsoft spokesman Larry ‘Major Nelson’ Hryb, has now listed the games for both the Xbox One and the 360, which will be offered with a discount.

According Nelson, more weekend deals will be added on November 27, which huge savings on The Witcher 3, Destiny, and much more.

On top of some amazing game deals, Nelson has also listed Black Friday Xbox One console deals. From November 26 through November 30, select console bundles will be available starting at $299. Those who’re looking for special 2015 holiday bundles, can check out the listings below.

The deals above apply to both retail and in-store purchases, and are also available on Monday 30 – Cyber Monday.