It's official now, the first Black Desert Online beta event (or CBT1) will begin on December 16 at 7AM UTC and end on December 22 at the same time. 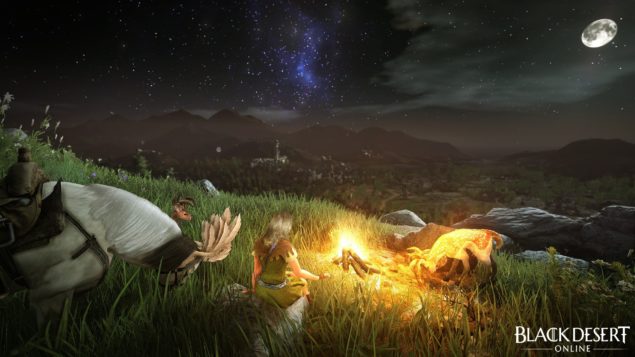 Daum Games Europe just confirmed this in a fresh press release, while also announcing a surprise for all fans: the Tamer class will not only be available at launch, but you'll be able to try it during the Black Desert Online beta as well.

With the support of Heilang, the divine beast, the Tamer can perform ruthless combination attacks or take enemies down on their own, by borrowing divine forces. Though innocent at heart, the Tamer is able to channel their passion into a powerful fury that will sweep past any obstacle.

The Calpheon region, a rural area for the most part, will also be featured in the upcoming beta. Moreover, here's a detailed log of the improvements made from the first alpha test held in late October, largely thanks to user feedback:

●      Improved character customization, including 30 new skin tones, 40 new hair colors, new beards, and a bald option for male characters
●      Improved balance of character classes
●      Improved weather cycles, including darker and occasionally stormy nights and lanterns that can be purchased from NPCs to help players in the dark
●      Newly enabled features such as the much requested walking mode and more
●      Adjustment of HP Potions to improve the PvP challenges
●      Fully localized English text
●      Level cap set to 50.99% with PVP unlocked at level 30

Stay tuned for our ongoing coverage on this highly anticipated MMORPG.