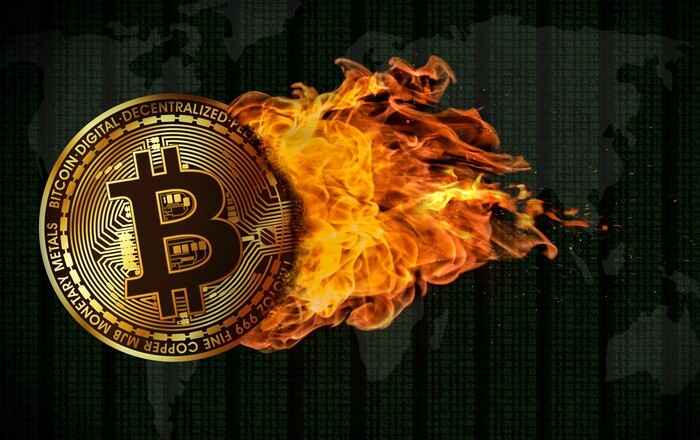 Bitcoin (BTC), the leading cryptocurrency and an uncontested giant in the digital token space, was predicted to embark on a multi-year bull run following its third ‘halving’ event in May. However, the rally failed to materialize in the weeks following the seminal event, sowing doubts among Bitcoin’s proponents while allowing its detractors to claim vindication.

Nonetheless, it seems that Bitcoin has now initiated its much-anticipated bullish phase, decisively breaching the $11,000 price level on Monday. As of 09:11 a.m. ET, the cryptocurrency seems to be consolidating just above this crucial threshold:

So, what has caused Bitcoin to emerge from the doldrums? A U.S. Federal Court declared Bitcoin a form of "money” on Friday, precipitating the current rally. The saga began in December 2019 when a federal grand jury in the District of Columbia indicted Larry Dean Harmon – the operator of a darknet Bitcoin trading platform called Helix – on charges of conspiring to launder monetary instruments. Harmon, however, moved the court to dismiss the pertinent charges over the “failure to state an offense” by the prosecutors. This step forced the court to deliberate whether Bitcoin met the criteria of money as laid down in the Money Transmitter’s Act (MTA) of the District of Columbia. This tangent culminated last Friday when the court dismissed Harmon’s plea, contending that:

“After examination of the relevant statutes, case law, and other sources, the Court concludes that Bitcoin is money under the MTA and that Helix, as described in the indictment, was an `unlicensed money transmitting business´ under applicable federal law.”

While the ruling does not bode well for Harmon, it has catalyzed Bitcoin’s bullish phase. As an illustration, the cryptocurrency is up a whopping 15 percent relative to Friday’s closing price of $9,559 (as per the Bitfinex platform).

Of course, the U.S. Dollar’s ongoing weakness is also proving to be a tailwind for assets such as Bitcoin and Gold. Bruised by expectations of broad-based macroeconomic weakness amid the ongoing coronavirus (COVID-19) pandemic along with a soaring debt load on the back of historic fiscal stimulus, the U.S. Dollar index is down around 9 percent from its March 2020 highs, on track for the worst monthly performance since 2011.

As we have explained previously, before the 12th of May, miners were awarded 12.5 Bitcoins for every block mined. These awards are cut in half every four years to keep a lid on the cryptocurrency’s inflation with the mechanism baked into the token’s underlying code. As of the 12th of May 2020, the reward was again cut in half – in the third such ‘halving’ event – to 6.25 new Bitcoins for every block mined.

Some of the most massive increases in Bitcoin’s price in the past have been preceded by these ‘halving’ events. For instance, the premier token rose from $12 to over $1,000 in the 12 months that followed its first halving event in 2012. Similarly, the cut in mining reward in 2016 produced gains of 1,000 percent in its aftermath.

Adding to the current bullish euphoria, the analyst PlanB’s Stock-to-Flow (S2F) model recorded its second ‘red dot’ on the 25th of July, indicating an imminent increase in price:

As a refresher, S2F models determine the value of tokens by comparing the addition of new supply from mining with the existing volume in circulation – also known as the stock. Although many analysts have predicted an imminent bull run for Bitcoin in the aftermath of its ‘halving’ event, PlanB’s recommendation is unique for providing precise temporal guidelines for such a rally.

Bear in mind that PlanB had claimed in a 27th April blog post, meant to introduce the third iteration of his stock-to-flow (S2F) model, that Bitcoin’s market capitalization will inflate to $5.5 trillion by 2024, corresponding to a token price of $288,000!