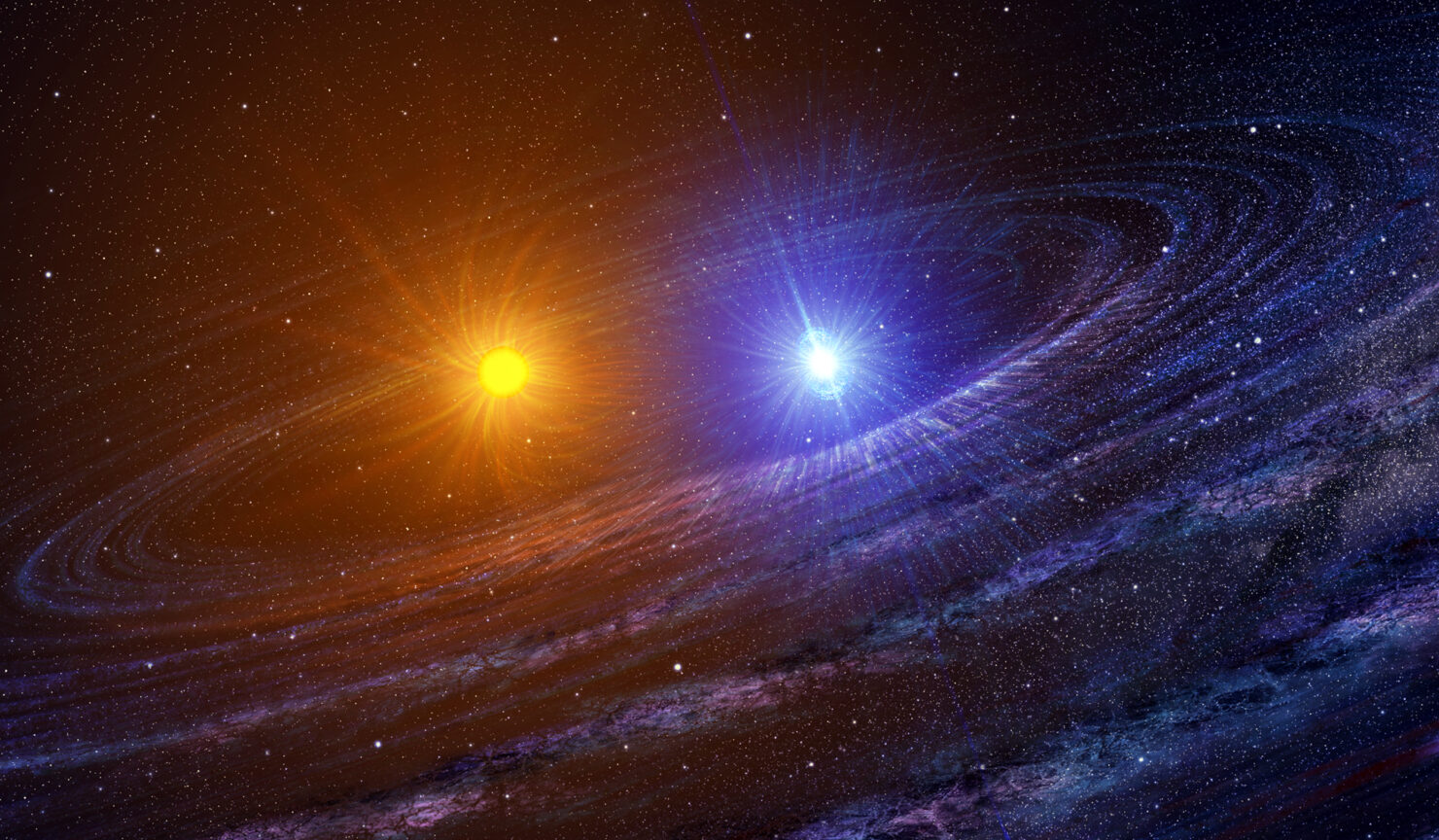 Our solar system has only one star but this is not always true for every planetary system. According to some estimates, it is debated that more than half of the stars could be binary, however, the exact percentages are not known. If binary systems exist, the next question is that how do planets form in such systems? Let’s take a look at the views that exist for this question.

The most common view is that planets form within disks that exist around a young star. These protoplanetary disks exist around single stars but it is still widely debated whether such disks in binary stars or not. Debris disks exist around young stars but we aren’t sure whether these disks are stable long enough for planets to actually form. It is possible that the gravitational interactions between the orbiting stars may make the surrounding region unstable and hostile.

The exoplanets that have been discovered so far to exist around binary stars are large Jupiter-like planets. They must have formed in the outer icy regions of the system but then what about the planets similar to Earth? A recently observed binary system, SDSS 1557 suggests that it is very possible that these planets were formed closer to the stars where orbits may be unstable.

The structure and formation and asteroid belt

This system consists of a white dwarf that has a mass similar to that of the sun and a brown dwarf that is orbiting around the former dwarf. The brown dwarf has a mass 60 times greater than that of Jupiter. It has been observed that a rocky asteroid belt exists around the system. So what is so interesting about this? Well it is significant for two main reasons. The main star is a white dwarf which shows that the system is old. Our Sun will also become a white dwarf when it reaches the end of its life about 5 billion years. Hence there is a possibility that that the asteroid belt surrounding this binary system has been stable for quite some time. The second point of significance lies in the fact that the asteroid belt is rocky and is high in metals. So it is very possible that these could form planets very similar in composition and mass to the Earth.

This doesn’t really mean that the system has rocky planets. In our own belt, no planets were formed due to the gravitational pull of Jupiter. It is possible that a similar gravitational pull may have occurred near the SDSS 1557. The one important thing that this discovery tells us is that there is a huge possibility that Earth-like planets may exist in systems with two stars.