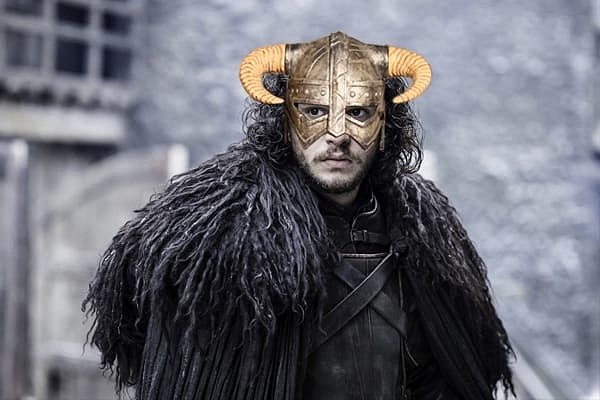 Some time ago we learned that Bethesda was working on three projects for which it gave no further details. Everyone assumes that one is the new The Elder Scrolls, of course, but we actually know that there will be two large projects coming before the next TES installment. One of them could be Bethesda: Game of Thrones.

Bethesda Softworks, the studio behind hit titles such as Fallout and The Elder Scrolls, may be working on a new title for Game of Thrones, the HBO series based on the books of George RR Martin which just ended its penultimate season.

The users of NeoGAF realized that the website of Target has a page entitled as "Bethesda: Game of Thrones". However, the page is currently blank, so there is no more reference than the name and it is not labeled as a video game. At the time of publishing this note, the web page is still active.

Bethesda Softworks has been working on several projects in secret for quite some time. Todd Howard mentioned that the team was focused on "two larger projects that are more classically the scale of what we do, but even bigger". It's interesting to note that Bethesda was offered the opportunity to make a game based on Game of Thrones before Skyrim, but turned it down. However, the series has become much more popular since and they could have easily changed their minds.

Over the last few years, we have seen several games set in this remarkable universe. In 2012, Cyanide Studios and Focus Home worked to develop a Game of Thrones RPG, although it was not very popular. That same year, a new title was announced as Game of Thrones: Seven Kingdoms, a MMORPG of which all traces have been lost by now. By 2014, Telltale released its own version of Game of Thrones.

For now, Bethesda has not confirmed anything, so we must keep this as a mere rumor. However, the possibility certainly sounds exciting and it's about time we got an AAA game based on George RR Martin's finely crafted fantasy world.