The holiday season is fast approaching and to make sure that its headphone lineup matches the color spectrum of the iPhone 6s and iPhone 6s Plus, Apple has launched the Beats Solo2 Wireless headphones in Rose Gold. 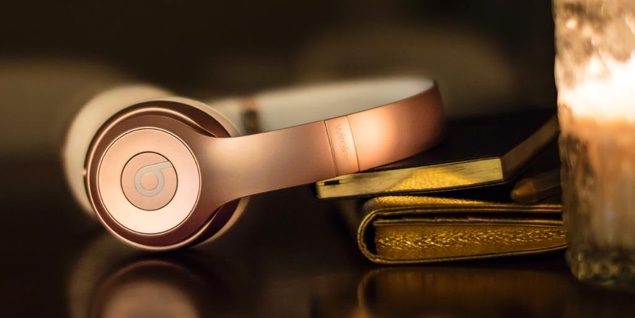 Light pink, or Rose Gold, depends on how you look at it, made its big debut on the iPhone 6s and iPhone 6s Plus this September, bringing a new color to Apple's smartphone lineup apart from the usual Gold, Silver and Space Gray. A while back, Apple launched the Beats Solo2 Wireless headphones to color match the iPhone 6 lineup, and now it's making a small upgrade by releasing a Rose Gold variant of the same much loved pair of headphones, color matching the iPhone 6s.

On the features front, everything remains the same. You get the same Bluetooth wireless connectivity. You even get the same light indicators to inform the user whether the headphones are on or off, or how much battery life is left. You also get the same 12-hour rechargeable battery. The only thing that's new here is the color. Nothing more, nothing less.

On the pricing front, the Beats Solo2 Wireless still retains its $299 price tag, and the headphones can be purchased directly from the Apple Store.

Apple-owned Beats does get a lot of hate specifically for its price, but one has to admit that it does deliver good audio quality if you completely ignore the cost factor. While there are other good options in the market which sound way better than the Solo2 Wireless, but if you're out to make a fashion statement, then Beats is the way to go.

The release of Rose Gold Solo2 Wireless headphones is a clear sign that the newfound color is here to stay with us in the long run, and we're certain that the tint will make its way to other Apple products as well, such as the iPad, iPod touch, and of course, the new 12-inch Retina MacBook in the future. While the color did split opinions at first, but one can't deny the elegance of it once you see the shade on an iPhone 6s.

If you're in the mood of giving this holiday season and Beats Solo2 Wireless is on your list, then simply head over to this link to make your purchase. And while you're at it, also be sure to let us know what you think about this new color addition to the Solo2 Wireless headphones.