The newest update to Battlefield 4 has just been released. The primary focus of the update is the inclusion of the Night Operation mode with ngiht-time maps. But there is a lot more going on under the hood of this new patch as well. Plenty of small changes to balance of been implemented to further tweak the game. 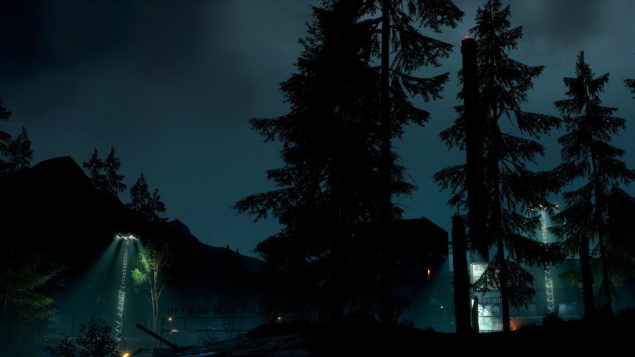 Battlefield 4 is still one of the more popular games in the Battlefield franchise, with more active players than Battlefield: Hardline. The continued support from DICE has been very welcome, as all of those minor changes and the steady profusion of new content has lead to a very refined experience. That and it still looks absolutely gorgeous.

The full patch notes are below for you to peruse through. Happy hunting!

• Fixed a number of known exploits in the game
• Added the Team balancer (featured) as a default server option for larger modes
• In Combat
- Fixed an issue where players were able to spawn on a squad mate under fire (in combat)
- Removed suppression active check, now only looks at suppression increase as an in combat trigger

• Added the Zavod: Graveyard Shift map
• Added server preset (Standard, Classic, Hardcore) to the deploy screen
• Updated soldier animations to fix the issue where viewing players running backwards would cause leg popping when changing the movement direction slightly between back-left and back-right.
• Added the ability for all unlocks to be used in unranked servers, this applies to weapons and attachments including all premium weapons.
• Soldier Movement: Slowed down side to side from 0.4 -> 0.35 on soldier sidestep to make that movement less jerky
• Fixed an issue with the pillbox featured in Zavod and other levels. Bipods can now be deployed on the window sills of these pillboxes
• Changed max default spotting distance to 200m on night maps
• Fixed an issue where players would randomly take damage and even die from walking on certain staircases or other slanting objects
• Fixed an issue where players took damage from vaulting over objects and landing “hard” incorrectly
• PS3: Various crash fixes based on memory optimization
• ALL CONSOLES: Allow players to leave a squad in game created through the Squad Join feature
• ALL CONSOLES: Added Night Operations Large, Night Operations and Night Operations Infantry quick match selections for the Zavod: Graveyard shift map

• Added Dog tag that will track players knife kills
• Fixed an issue where the incorrect numerical value is displayed on MBT dog tags, showing total medals earned instead of ribbons
• Fixed kill tracking on missing Mastery Dog Tags which were added in a previous patch. Progress will now reflect overall kills with those weapons

• Vehicle turrets
- Updated turret logic to allow variable simulation rates
- Added vehicle sensitivity slider for all input devices on all platforms
- Added new input curves for all vehicle turrets in the game
- PC: Fixed an issue where turning fast with the mouse would sometimes snap the view in the opposite direction/edge

• Aircraft interior glass got a pass for the Summer Patch. Reflection brightness, glass color and opacity have been unified across the board. Reflection brightness has been greatly reduced to improve visibility
• Fixed an issue where players were unable to cause damage to an enemy standing in an open seat on any vehicle with any type of missile
• Fixed the wake effect of jet skis for night vision
• Reduced brightness of tank FLIR/IRNV HUD from 2 to 0.45.
• Reduced bloom scale in vehicle FLIR.
• Increased PLD IRNV range from 300/45 vehicle/soldier to 375/100.
• All vehicles in Zavod: Graveyard shift now have headlights and interior lights
• Attack Helicopter Smart rockets
- Reduced Rate Of Fire to 200 from 300
- Reduced max turning angle from 30 to 10, tracking less powerful against moving targets

• Mobile Anti Air
- Adjusted overheat ratios to be more balanced between 20mm and 30mm.
- 20 mm has better range and is easier to use thanks to faster bullets
- 30 mm has more consistent damage thanks to lower spread

• Fixed a long time issue where infantry weapons fail to reload properly (looked like they did, really didn’t)
• Decreased tracer frequency for full auto weapons from every one to every third bullet shot
• Flashbangs
- Effective angle is now 145 degrees
- Flash duration reduced for friendlies to 0.6s
- No longer blinds dead people
- Increased the suppression effect from flashbang explosions
- Reduced number of default flashbangs from 3 to 2
- Updated effect to work exactly the same in dark and light environments
- Shielded players in vehicles (ex: tank driver) no longer gets blinded – open vehicle seats will however
- Reduced time to live from 10s to 1.5s. This prevents players from dropping flashbangs from tall buildings at enemies below
- Improved target line of sight obstruction testing

• TV Missiles
- Soldier damage multiplier is now .3 up from .1. This allows TV missiles to kill soldiers without the flak field upgrade outside of road kills.
- Blast radius increased from 1.5m to 3m
- Improved the responsiveness and steering slightly
- Fixed an issue where players would get stuck in mid-air when exiting an Attack Helicopter & Attack Boats after firing TV missile

• Increased SRAW range and top speed slightly
• Fixed an issue which would cause blue flashes when player fires anti-tank weapon at a bright white source, e.g. the sun
• Tweaked and improved visibility of the night vision optics at night
• Fixed an issue where the HUD on the UCAV would blink intermittently
• Tracer polish. Lowered brightness, thickness and length.
• Reintroduced the AN94 bipod. It will be unlocked by default.
• Removed extended barrel when using Heavy Barrel on PDWs. Affects MX4, P90, UMP45, and UMP9.
• Added blinking red light to M15 AT mines to increase visibility in night map (and other dark areas)
• Renamed all the mentions for RPK-74M to RPK, and renamed L96A1 to L115
• Fixed an animation issue with the Mare's Leg in 3rd person
• Mare’s Leg: Added heavy barrel option, which can lower the spread from .2 to .1
• M26 Dart: Increased pellet count to 19 from 12 to bring in-line with M26 MASS
• Decreased headshot multiplier for revolvers/slugs/Desert Eagle from 2.35 to 2.13. This prevents pump action slugs from being able to one hit kill at infinite range and keeps Mare’s leg one hit kill headshot at ranges below 40m
• L86: reduced horizontal recoil from 0.185/0.185 to 0.16/0.16
• Zeroing fixes
- CS5 add 1.004 initial bullet speed (y axis). Change displayed Zero from 100m to 75m
- AS Val 1.41929 initial bullet speed (y axis). Changes zero from 50m to 35m, consistent with other suppressed PDWs
- Groza-4: 1.41929 initial bullet speed (y axis). Changes zero from 30m to 35m.
- AK5C: unsuppressed bullet velocity reduced from 630 to 620. Changes zero from 61m to 60m. Consistent with other carbines

ZAVOD: GRAVEYARD SHIFT
• Enabled ladders for all modes except Defuse and Gun Master

ZAVOD: 311
• Fixed an exploit where players could leave the game world
• Enabled ladders for all modes except Defuse and Gun Master

GOLMUD RAILWAY
• Fixed pink I beam on a collapsible building

• Removed requirement for Google Chrome plug-in support as Origin now provides that functionality. (You will be able to download and update your Battlefield 4 client now, but this feature will be activated at a later date.)