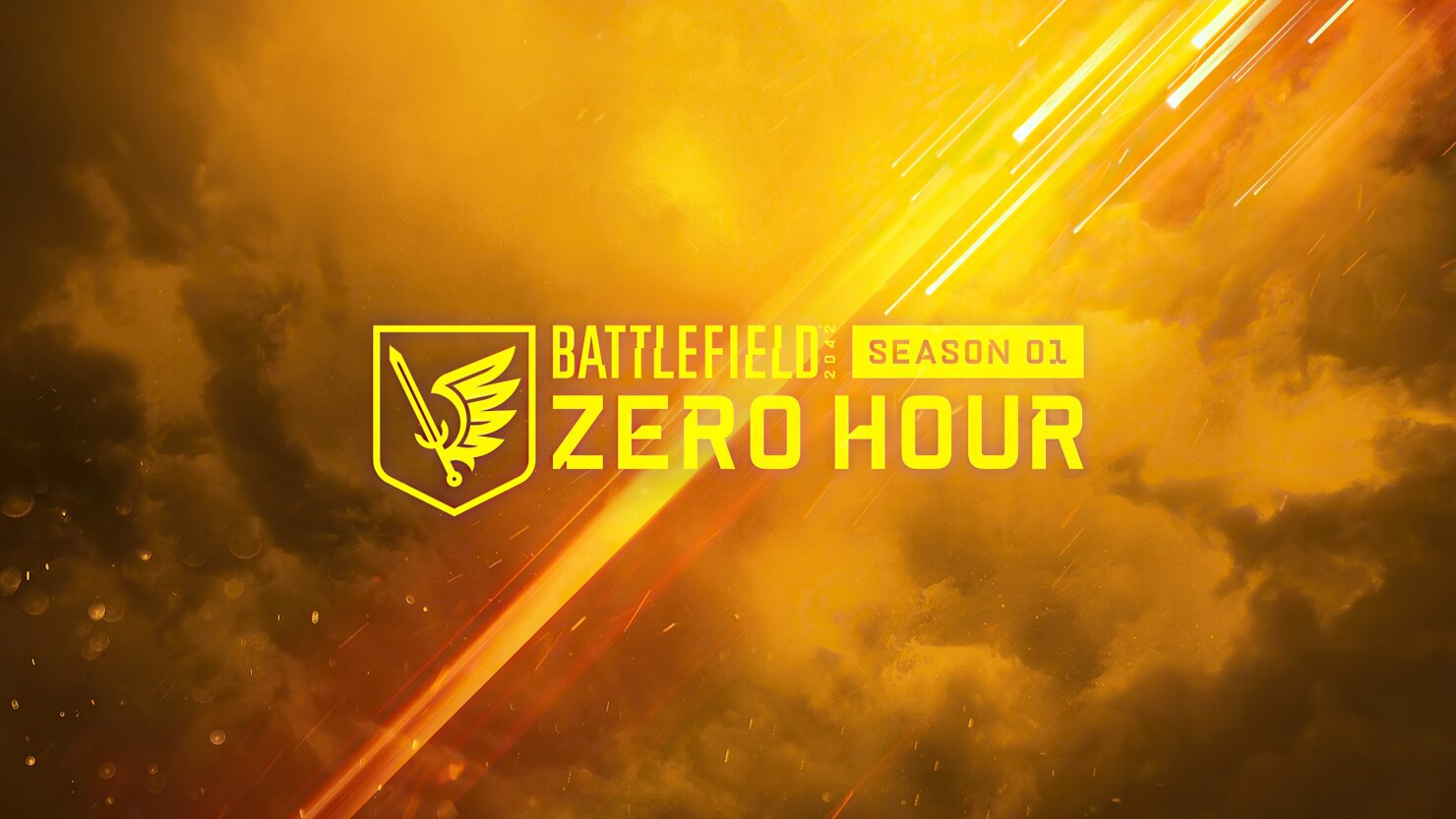 At a digital hands-on event that took place yesterday, we were able to check out Battlefield 2042 Season 1: Zero Hour, due to begin two days from now on live servers.

First things first; here's an overview of the new content available this season.

NEW MAP: EXPOSURE
Head to the Canadian Rockies and traverse the extreme vertical terrain of a new battlefield.
Ground-to-air combat as well as tight infantry fights await within caves and among ridges.

NEW SPECIALIST: EWELINA LIS
As vehicle killer expert Ewelina Lis joins the No-Pats, airborne enemies need to be on their toes. Use her new rocket launcher to even the odds against the enemy with player-guided projectiles and the Armor Hunter trait to get invaluable intel on damaged vehicles.

NEW IN ALL-OUT WARFARE: BSV-M MARKSMAN RIFLE
Take out enemies from afar with a Sniper Rifle ideal for mid-range combat. This integrally suppressed DMR fires high power and is absolutely lethal in the right hands.

NEW GADGET: SMOKE GRENADE LAUNCHER
Provide extra cover for your squad by laying down a wall of smoke. Use the Smoke Grenade Launcher in both offensive and defensive situations to open up new windows of opportunity.

NEW ADDITIONS TO BATTLEFIELD PORTAL
Dive into new features and arsenals of Battlefield 1942, Battlefield Bad Company 2, and Battlefield 3 as Battlefield Portal expands. A new Builder toolset for Superiority mode is among the updates.

It should be clarified that the developers stressed how all gameplay-affecting items will be free and earnable by progression through the Battle Pass. The Premium version of the Battlefield 2042 Season 1: Zero Hour Battle Pass costs 1000 BFC ($10).

Now, our already brief allotted hands-on time was cut even shorter by some matchmaking issues that the developers reckon should not be repeated when the update goes live. That said, the new map looked interesting thanks to a healthy balance of wide-open spaces and tighter, close-quarter action. We also used the new Specialist, Ewelina Lis, who has a pretty clear anti-vehicle focus. She is likely to be very popular right away among infantry players, while helicopter and plane pilots will curse her repeatedly. In fact, the Exposure map might not have showcased her full potential, whereas wider maps that lend themselves more to vehicle action could be even more advantageous to her perks.

After the hands-on session, we participated in a roundtable Q&A with three members of the development team on Battlefield 2042 Season 1: Zero Hour and the overall future of the game.

Were the changes made to the map during its development a result of criticism of the other maps available at launch?

Nika Bender (Associate Producer): When feedback started coming in from the live server, we were able to address a number of things. This is the first map where we were able to incorporate all the feedback gathered from players.

Nika Bender: Yes, it does, in Conquest mode.

Which maps are going to be overhauled and how long will it take?

Ryan McArthur (Senior Producer): We've got Kaleidoscope coming in August, which will receive more cover to help break sightlines across the map as well as assets that help improve the destruction effects in the environments. The map will also receive new areas, including a forward operating base in the park and a second command post closer to the tower.

Then there is Renewal, set to get a similar overhaul at some point in Season 2. Sectors A and E will be removed from the map to focus attention on the map’s center. The Solar Section will be revised to include more cover and assets to make the area feel more entrenched, and the Security checkpoint will be connected to the Synesco Buildings, providing more cover.

We're looking at all the other maps, too, but I can't tell you which map comes when. What we're waiting to see is how players react to Exposure when Season 1: Zero Hour goes live.

What are the areas of the game that have been improved the most with Season 1 in your opinion?

Nika Bender: I think there's quite a list. I don't think there is a specific area. We've been improving on the Specialists, on the weapons, on the gadgets, on the hardware, on the overall experience, I can't pick up just one area. We're continuing to improve and making the whole experience much better.

Alexia Christofi (Associate Producer): Personally, I think Exposure is the best map we've done. I think it brings back some of the Battlefield elements that fans love.

What kind of smaller updates are you preparing between Seasons?

Alexia Christofi: Nothing to confirm, but we certainly have a bunch of updates that we are planning to release between Season 1 and Season 2. One example is player profiles and stat pages. This will give players an opportunity to look at their performance. We've also been recording this since launch, so it will include previous match performances.

What are the future plans for Battlefield Portal?

Will we see more content from older Battlefield titles in Portal soon?

Will the Portal server browser be implemented in All-Out Warfare?

Ryan McArthur: We're trying to look at how those different things that we offer merge together. Does that mean a server browser? We don't know yet, but we do want to make sure that we give players the entry points that they're looking for.

Are vehicles going to be fine-tuned now that there is another Specialist tailored specifically to counter vehicle gameplay?

Ryan McArthur: In Season 1 we also have two brand new helicopters coming in. I think the game is in a pretty good spot today, but players tend to surprise us, so the next couple of weeks will be really interesting.

Are there plans to make Specialists more different between teams, like team-based Specialist skins or even splitting up Specialists between the two factions?

Ryan McArthur: We've looked at Specialists a lot since the launch of the game, it's been the source of a lot of discussion within the community. We're looking at what we can do with them gameplay-wise. At the moment we don't have anything to confirm yet, but as soon as we have something we will share it with the community. It's something that we're definitely looking at.

Will there be infantry-only maps in the future?

Ryan McArthur: I can't say that for sure, but the team has been playing older Battlefield games to find out what worked well and what could be added to Battlefield 2042. Close quarter combat is certainly something that comes up a lot.

If the focus is going to be on smaller maps going forward, are you going to remove 128 player matchmaking to prevent the player base from getting split?

Ryan McArthur: No. I think 128 players is a part of this game, we see players having a lot of fun with it when playing Conquest. For Gen 5 players, that's their go-to choice. To clarify, we're not going away from 128 players. What we've seen through feedback and through data is that smaller maps with 128 players are a lot more fun, while the wide-open spaces can be sometimes a bit lacking. When we say we're going to smaller maps, it's not like we're going to go down to 64 players Conquest.

When is Battlefield 2042 Season 1: Zero Hour going to end?

How long is Battlefield 2042 going to be supported?

Ryan McArthur: We have four Seasons planned right now. We want to keep this game going, we want to make it the best it can possibly be, so we don't have an end date.