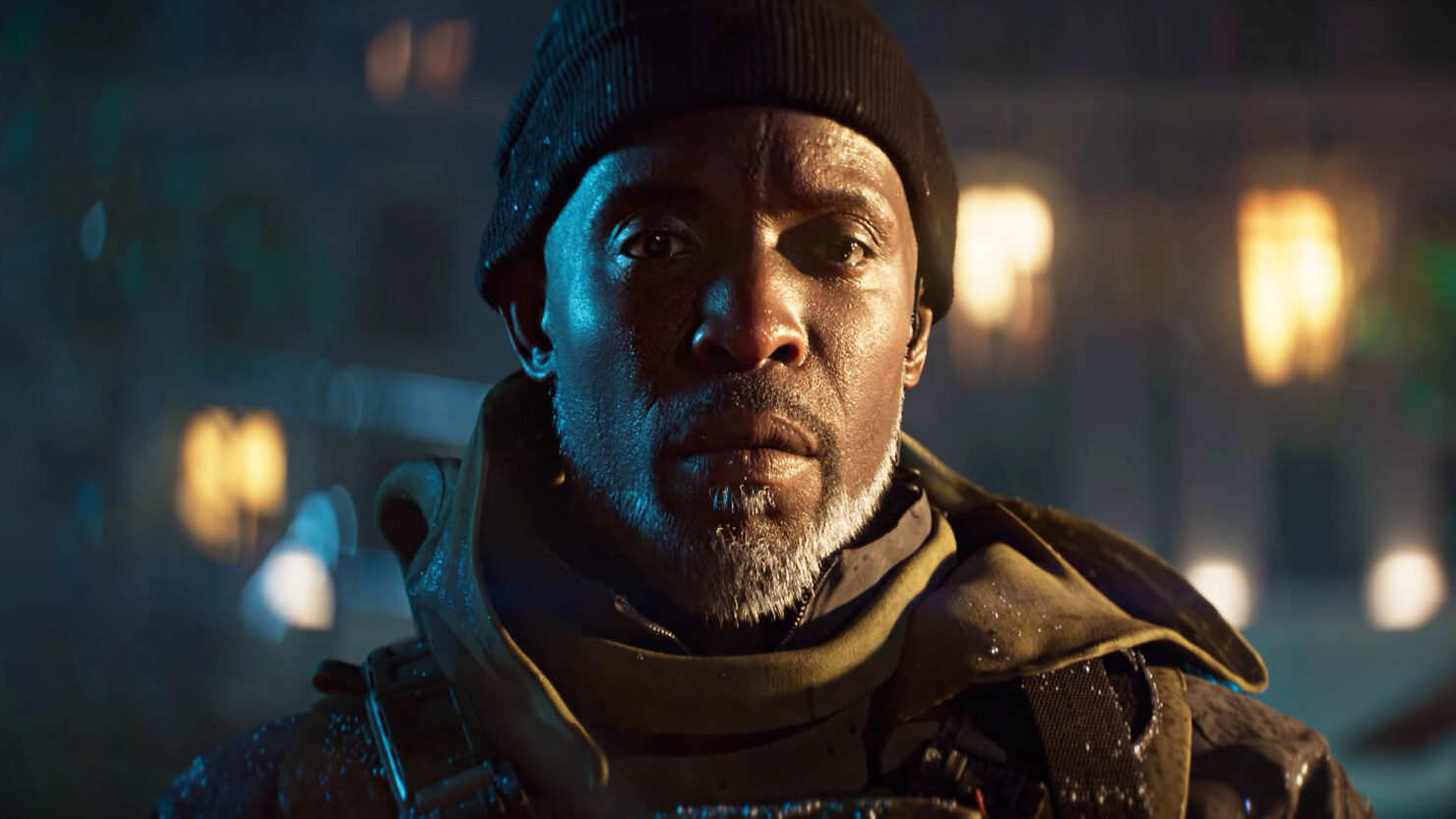 Battlefield 2042 is strictly a multiplayer experience, but that doesn’t mean there’s not at some context to what’s going on in the game. EA and DICE have just released the short film “Exodus,” which sets up the game’s apocalyptic climate-change-afflicted world. It re-introduces us to “Irish,” played by The Wire’s Michael K. Williams, whose only loyalty is to the “ex-pat” refugee ship he lives on. Irish has stumbled across some info that could cause World War III, and as you would expect, others want to get their hands on it. I won’t spoil what happens – check out the Exodus video for yourself, below.

Not a bad setup! Kind of makes you wish they weren’t skipping the campaign this time around. Want to know more about Battlefield 2042’s world? Here’s a timeline of how it all went wrong:

Ten years is all it took to bring the world to the brink. Rising sea levels, collapsing economies, broken alliances, and the headlines keep rolling in...

The Rise of the No-Pats

Left behind, the displaced band together into ragtag fleets in search of safe harbor. They are families, farmers, doctors, engineers, and soldiers... the once privileged and the impoverished with backgrounds that are worlds apart, forced together, determined to survive.

Humanity adapts to the new normal. Revolutions in energy, desert irrigation, hydraulic levees, and sea walls save coastal cities, reclaim farmland, and rebuild supply chains. Hope of finding stability leads to some nations re-opening their borders. However, with no way to repatriate 1.2 billion people, No-Pats become a permanent fixture in all economic, military, and social policy making. Many No-Pats are still distrustful of the governments that exiled them and refuse calls to reassimilate. No-Pat leaders emerge, inspiring a new identity unbound to former nationality, drawing a line in the sand between the Old World and The New Normal. #WeAreNoPats becomes a rallying cry. Amidst the world rebuilding, sparks of friction erupt between the US and Russia, as the last two superpowers both vie for control of this fast-changing world

A world on the brink, goes over the edge. No internet. No navigation. No surveillance. No storm forecasts. Geopolitical distrust surges overnight. No one can spy on each other, so no one can trust each other. Both Russia and the US claim the other is responsible for the Blackout, while some suspect No-Pats were behind it and accuse them of trying to sow anarchy. Former military and combat trained Specialists amongst the No-Pats rise up into armed Task Forces to defend themselves as tensions rise.

A food and fuel shortage ignites a shadow war between the US and Russia. To maintain plausible deniability, both sides field No-Pat Task Forces as proxies in escalating conflicts over resources – promising the refugees a piece of what's left. Open war is imminent. No-Pats have no choice but to choose sides, fighting not for a flag, but for their future.

Well…let’s hope none of that actually happens! *Tugs collar.* In other Battlefield 2042 news, the game’s alpha is currently in full swing, and while it’s supposed to be private, some people have been posting gameplay. EA is busily pulling footage down, but you can get a small taste below (Google and YouTube searches should yield you more).