The Battlefield 1 Pitch Was Initially “Totally Rejected” By EA 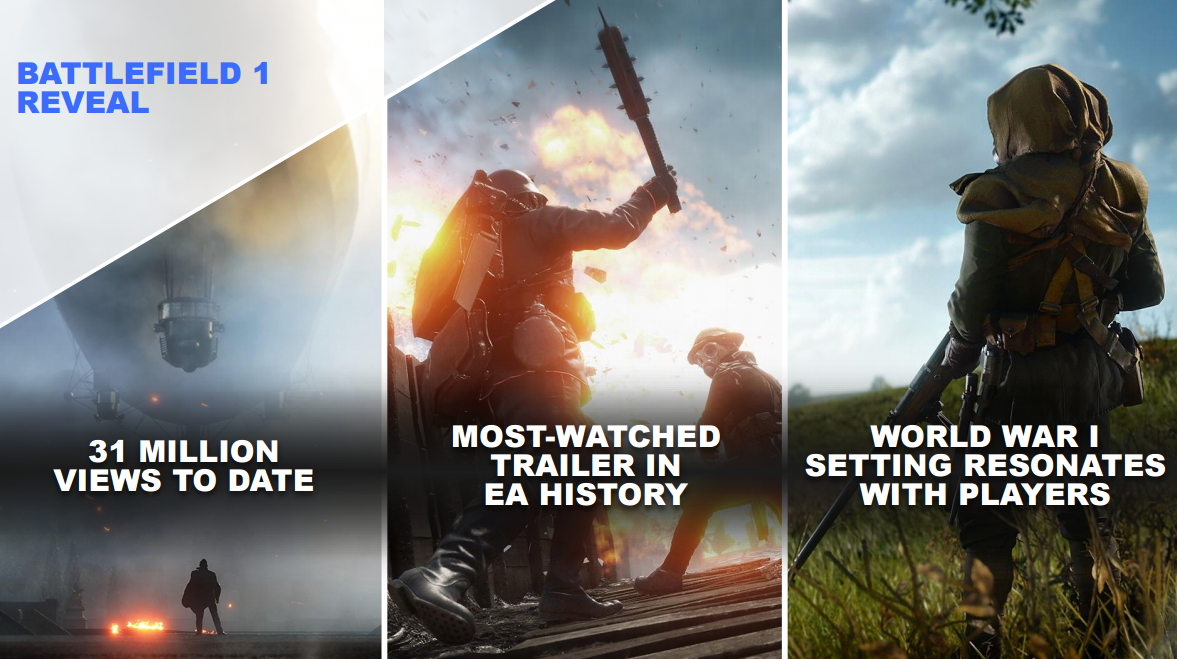 The initial Battlefield 1 pitch from developer DICE was “totally rejected” by EA at first glance.

While the trailer is now the most-watched trailer in EA history, EA Executive Vice President, Patrick Söderland, wasn’t convinced that the World War 1 setting would appeal players. According to Söderland, a game focused on trench war, couldn’t possibly “be fun to play”.

"It wasn't the most obvious choice," the Söderland said at the EA Investor Day briefings recently. "When the team presented to me the idea of World War 1 I absolutely rejected it. I said 'World War 1 is a trench war, it can't be fun to play'."

The DICE development team persisted though, and actually convinced the EA executive that the World War 1 setting was the right direction for the next Battlefield.

"The team continued and persisted in the fact that this can be fun, and showed up with a very short demo that convinced me at least that this was the right path. The good news is whenever you take creative risks and it works, you actually can get to substantial success", Söderland said.

Judging from the reactions to the Battlefield 1 reveal, the World War 1 setting resonates strongly with players, but Söderland points out that only a single trailer has been shown, and that it’s vital that they will deliver on Battlefield 1’s full promise.

"I think that the World War 1 theme is resonating with players out there, I think we have done something that will be right for the franchise and right for EA [but] we have to remember that so far we've only shown one trailer, and yes it's gotten a lot of success, but what's important is now we have to go back and make sure we deliver on the full promise of what Battlefield can be - and that we will do", the EA exective pointed out.

Battlefield is scheduled for a release on October 21 for PC, Xbox One, and PS4.