We've already released our performance numbers for running Battlefield 1 with various graphics cards, you can find that here.  But what about running below spec?  When The A10 APUs came along AMD showed them off being able to run Battlefield 4, which was pretty interesting considering the scope of the APU. Something that came up to question is regarding the minimum requirements on the CPU side of things. Battlefield 1 recommends an i5 6600k or FX 6350 as the minimum. What happens when you go below that spec.

The AMD A10 7890k is the latest refresh of the Godavari architecture, and that's what we're using today. For the benchmark course we're using the same as in our full performance review.  We tested in both DX11 and DX12 across 1080p, 900p, 720p with Medium and Low settings.  We first tested at 1080p Medium and worked down from there.  The goal was to see when and if Battlefield 1 becomes playable on just and APU.  Keep a close eye on the changes in 1% Lows and .1% lows when looking at the charts comparing DX11 to DX12.

We're providing screenshots to show the way the game looks at these various resolutions and settings. Feel free to full screen them to get an idea how it would look on your screen. 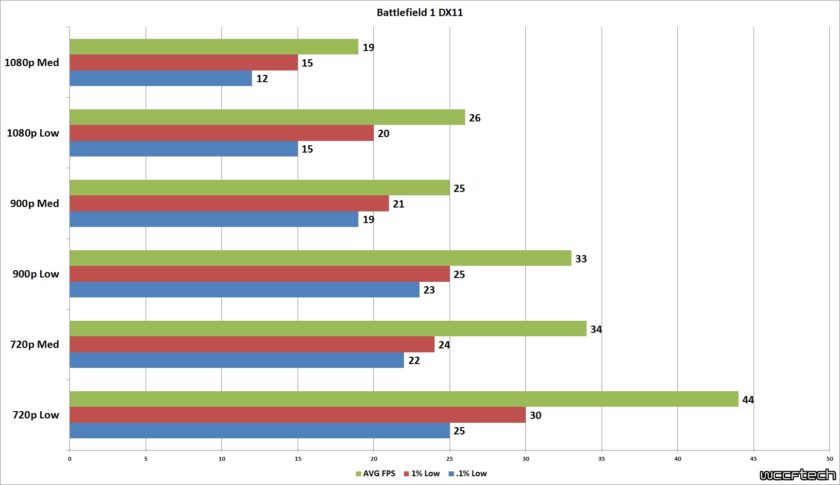 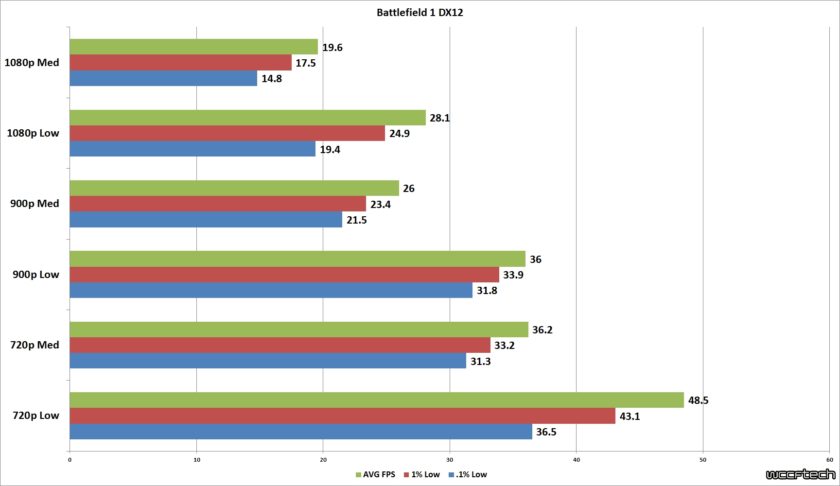 Okay, so the A10 7890k it isnt going to give the same performance as a dedicated GPU, but it does surprisingly well.  No, it is not 1080p 60 FPS capable.  But honestly at 720p Medium Preset in DX12 it becomes quite playable for those who may be on this type of system.  I do want to make sure it is understood that this was not a guide, a how-to, or a suggestion but rather a 'can it do it' question with an answer.  So can the A10 7890k play Battlefield 1 even with being way under spec? Yes, yes it can.