Steam user Kaldaien has shared a small utility that enables players to tweak the ini file for Batman Arkham Knight. The file can be downloaded from here. The game must be installed before running the tweak. The tool is dependant on individual hardware so experimenting with different settings is ideal to get the best possible experience. 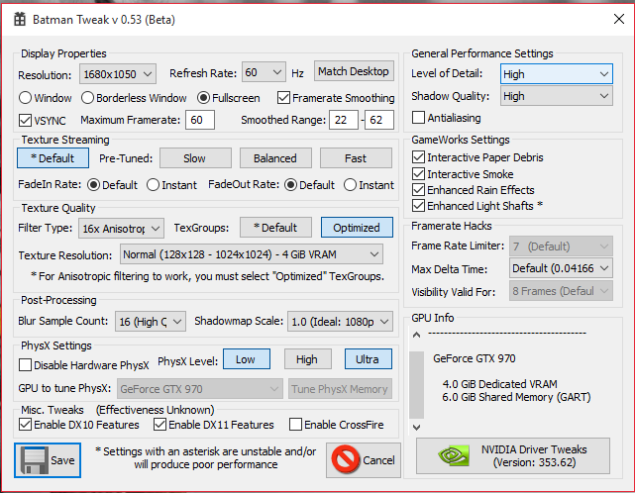