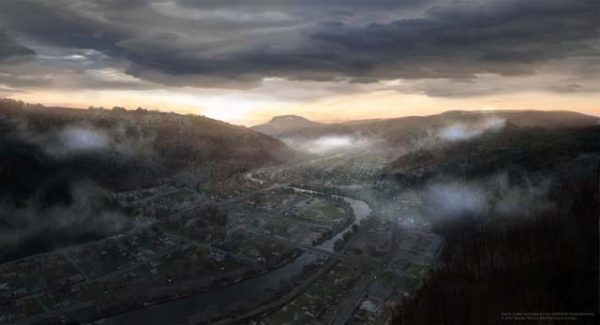 Bandai Namco Entertainment has announced that it is working with Dontnod Entertainment (the studio responsible for Life is Strange, Remember Me and Vampyr) for the development of a new, highly focused narrative adventure IP.

There are many announcements that happen during Gamescom 2017, the most important industry event within the European territory. However, not every project announced with nice trailers, as there are also some longer term plans. In this case, it is Bandai Namco who has announced an agreement with Dontnod; responsible for Life is Strange, to bring to life a new IP.

In an interview with MCV, Bandai Namco has announced this agreement, which will bring on the market a totally new IP that, like Life Is Strange, feel its base in the narrative section, but including "a fair dose of investigation". However, although this can promise a lot, details are very scarce at the moment and, because the game's history is still being finalized, we will have to wait until 2018 for details such as the title of the game, launching platforms and a date of arrival to the market.

In that sense, VP of marketing and digital, Hervé Hoerdt, told the following to MCV:

We want [new IPs] to make up 50 per cent of our business and we're achieving this by developing long-term partnerships with a few studios.

The first visible part of this was Little Nightmares, and we've been extremely happy [with it], but this is only the start of something. We also recently released Get Even, and now we're very happy to partner with Dontnod.

Dontnod was a kind of rough diamond – very much a rising star, I would say – and with the success of Life is Strange, it's the first big player in terms of quality business model, vision, and we think that's a good strategy that fits. It was the right moment, so we decided to partner [with them].

It will be located in a fictional place in the US because we think that today, to establish a new brand with a western audience, it helps to win with the US market, so part of the choice [in setting] is having this global worldwide audience in mind.

Obviously, the UK benefits from this, which also helps in [broadening the audience, so this is very important. It's a completely new story, new characters and everything.

Obviously, with a studio like Dontnod, you can expect triple-A quality; you can expect a very emotional experience, and this is what we were looking for, like with some kind of investigation and going deep into the psychology of the characters, and giving emotion to the player. This is what we're aiming for with this partnership.

The game (still without a title) is being developed since 2016 and will be set in an imaginary US city. There are no other details at this time, more information about plot, gameplay, release date and target platforms will be announced in 2018.

Dontnod Entertainment has specified that work on this project will not interfere with the development of Life is Strange 2 and Vampyr, as the new IP is developed by a team created specifically for it.