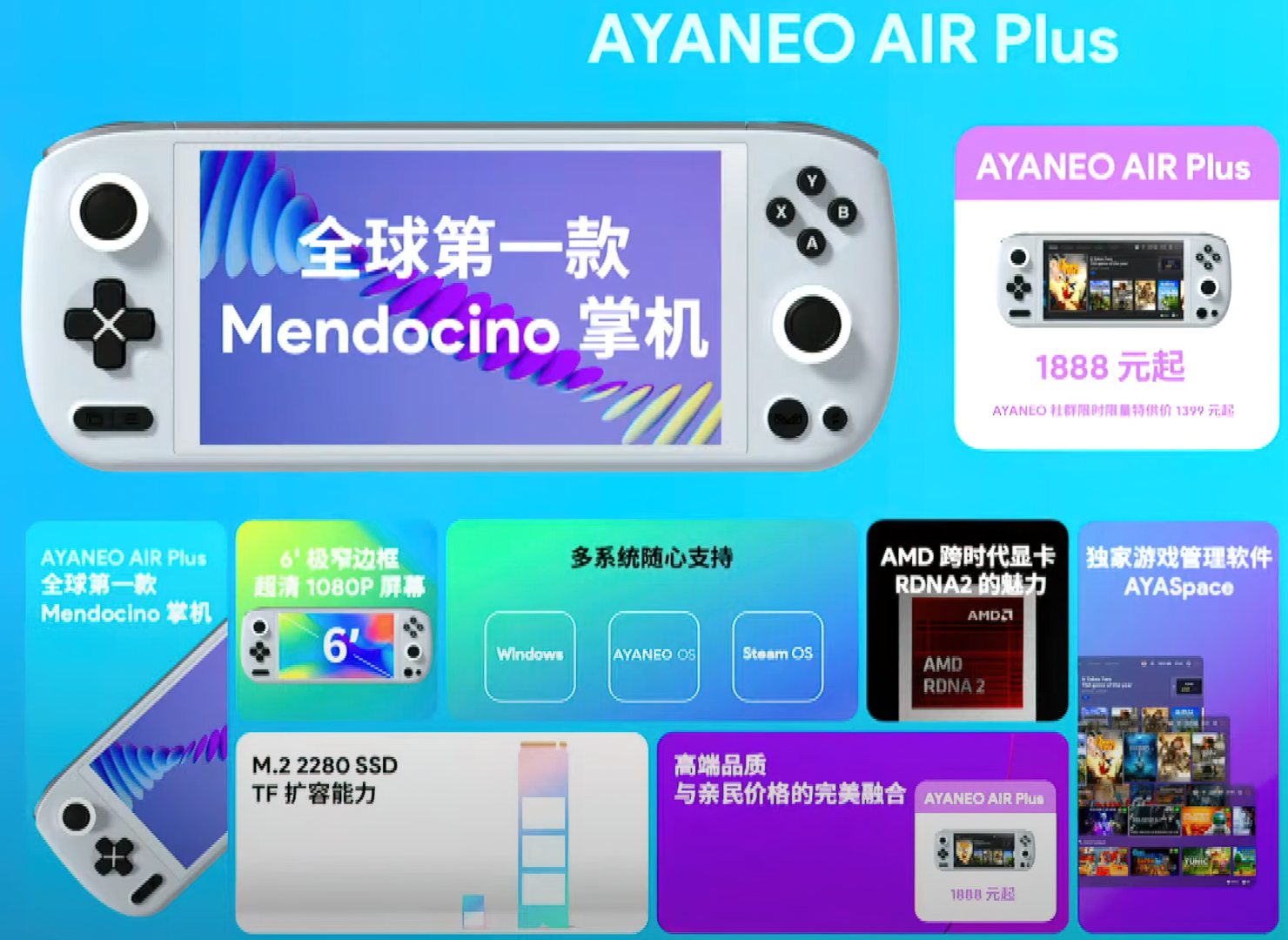 During this week, AYANEO made several announcements such as their Air NEO and Loki handheld gaming consoles. The former will come equipped with the Barcelo APUs while the latter will come in both Intel Alder Lake and AMD Rembrandt configurations. Now the company is planning to also launch a brand new Air Plus handheld console for $289 US which will feature the brand new AMD Mendocino APUs.

The AMD Mendocino APUs are based on TSMC's 6nm process node and feature a mix of Zen 2 CPU and RDNA 2 GPU cores. The APUs are expected to be featured in the thin and light laptops starting at a price point of $399 US and up to $699 US. AYANEO has decided that they will give their console a target price of $289 US, more than $100 US cheaper than the entry-level price range of a laptop based on the same configuration. In terms of specs, the AMD Mendocino APUs will feature 4 cores, 8 threads, and a lowly configured RDNA 2 GPU. They will also offer 10 hours of mixed usage battery life but considering the AYANEO Air Plus is a small design, we can expect some decent timings.\

In the feature list, AYANEO states that the Air Plus will rock a 6" 1080P display and will come with two storage options, a MicroSD Card Reader, and an M.2 2280 SSD slot. The handheld gaming console will feature support for Windows, AYANEO OS, and Steam OS while rocking the AYASpace game library suite. Once again, the pricing is set to $289 US but community members will get a limited time offer of just $199 US which is absolutely one stellar deal. Even at the MSRP, the AYANEO Air Plus will be $60 US cheaper than Valve's Steam Deck console.

The Steam Deck console rocks the AMD Van Gogh SOC which is similar to the Mendocino APU in CPU/GPU IPs but is a more entry-level chipset. AYANEO hasn't disclosed the launch date of the Air Plus handheld gaming console yet but it is likely to arrive in either late Q4 2022 or early Q1 2023 considering the Mendocino APUs will be launching for laptops in Q4 2022. AMD has been a power house when it comes to the handheld gaming segment and all of this has got to do with the insane and impressive capabilities of their recent APU lineup.