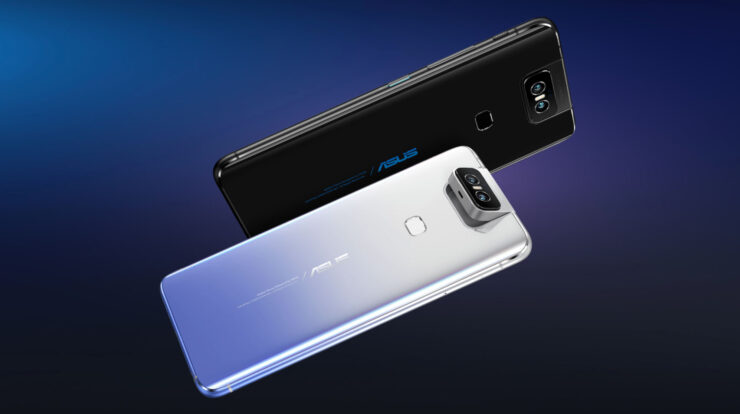 ASUS was able to redeem itself with the ZenFone 6 launch after coming up with a rather unimpressive lineup of devices prior to this. Sadly, the device wasn’t available in the U.S., and we believe it would have made the smartphone a hit thanks to its exceptionally competitive price tag. Thankfully, ZenFone 6 pre-orders have opened up in the U.S., and with two variants up for grabs in the future, here is your chance to purchase one of the most affordable Snapdragon 855-fueled flagships in the United States.

At the time of writing, both the 64GB and 128GB variants of the ZenFone 6 can be pre-ordered at B&H, and for those that are picky when it comes to different color models, the Midnight Black and Twilight Silver options are also being offered. To bring you up to speed, the ZenFone 6 is armed with a Snapdragon 855, 6GB RAM, a very generous 5000mAh battery, and a motorized camera, all of which can be had for $499.99.

It honestly doesn’t get any better than this when it comes to price and performance; ASUS nailed the hardware and pricing. Additionally, the Taiwanese manufacturer has also reduced the bloat on the ZenFone 6, which shows the company finally learned its lesson. In case the 64GB of onboard memory turns out to be less, you can expand it via inexpensive microSD cards, with the maximum recognizable capacity being 2TB.

The smartphone itself features a large 6.4-inch IPS LCD screen with a 92 percent screen-to-body ratio. We hoped ASUS would have opted for an AMOLED screen, but then, potential customers might complain about the unnecessary increase in the pricing if ASUS used superior display technology.

The phone also comes running Android 9 Pie out of the box, and we’re hoping it continues to receive future software and security updates. Also note that GSM networks in the U.S. such as AT&T and T-Mobile will be compatible with the smartphone, so make sure you get any one of these lines before opting to place a pre-order.

So there you have it; a $500 with the best hardware an Android device can feature. Are you interested in ZenFone 6 pre-orders? Let us know down in the comments.