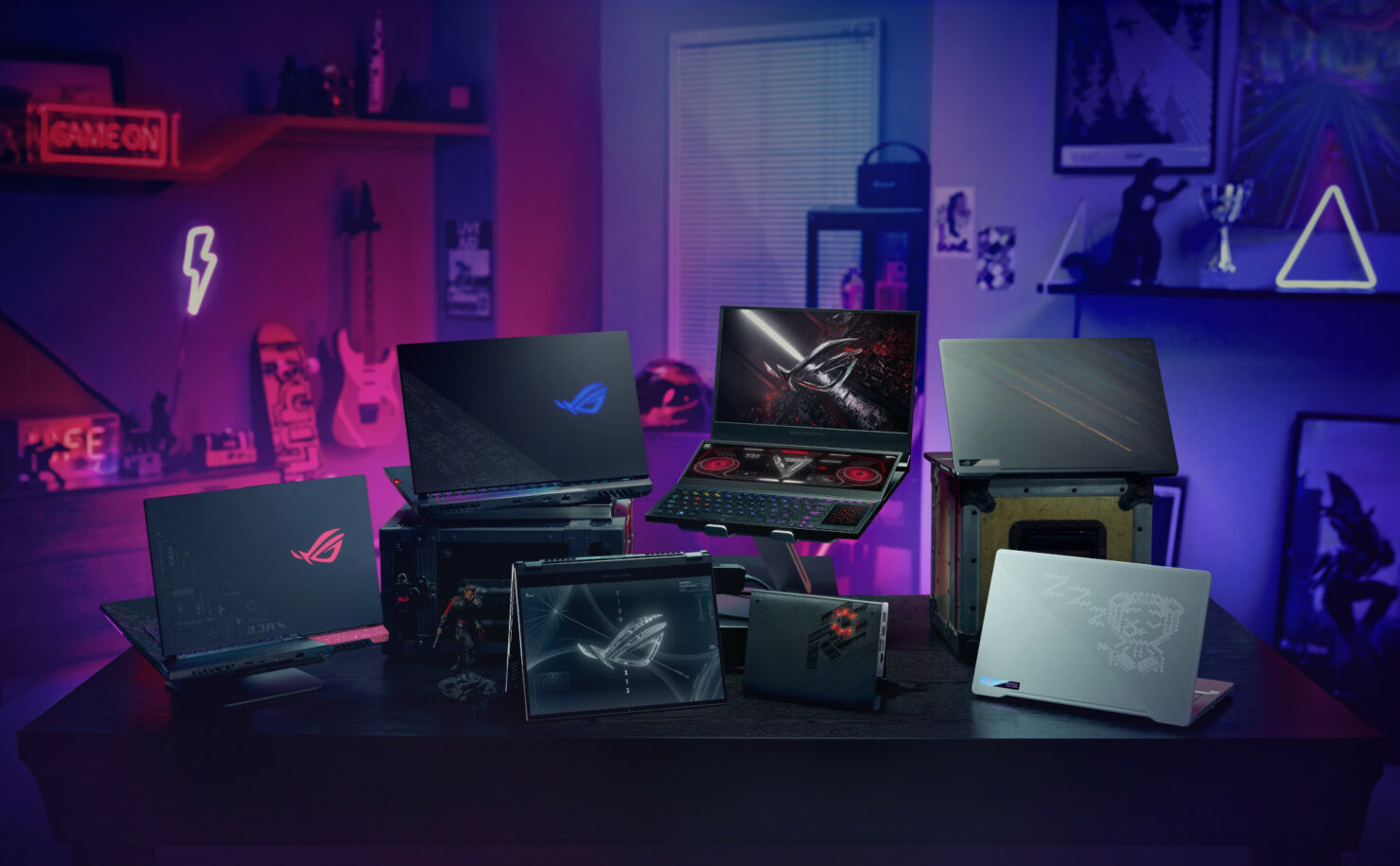 A major issue that was pointed out by many about Nvidia's RTX 3000 series mobile processors were the lack of specifications given by laptop manufacturers over the speeds and TGP of the graphics card inside. This year, Nvidia allowed partners to modify the GPUs but did not require them to specify the clock speeds and TGP which makes it difficult for consumers to know exactly what they are getting. Recently, ASUS has followed XMG in detailing the specifications on their website as well as on etailers per the request of Tweakers.

Now that we have some specifics, we can finally discuss what is inside the laptops. Arguably the highlight of the 2021 lineup, the ROG Zephyrus Duo 15 SE comes equipped with 115W TGP variants of the RTX 30 Series cards. The G15 or TUF Dash F15 will offer up to 80W TGP GeForce RTX models which are to be expected from the thinner laptops. The TUF Gaming A17/A17 laptops with a max TGP of 90W. One of the most popular laptops from last year, the ROG Zephyrus G14, will feature up to an RTX 3060 Max-Q with a dynamic boost of up to 80W.

The most disappointing laptops would be the ROG Strix Scar 15 and 17. Both feature up to an RTX 3080, but the max TGP is only 115W. Compared to the rest of the market, it's disappointing because other models feature higher TGPs. The ROG Flow X13 is arguably one of the best innovations featuring the XG Mobile docking station that comes equipped with an RTX 3080 with a TGP of 150W. The Flow itself will feature a GTX 1650 Max-Q GPU with a TGP of 35W, but that can be overlooked with the pairing of the XG Mobile. 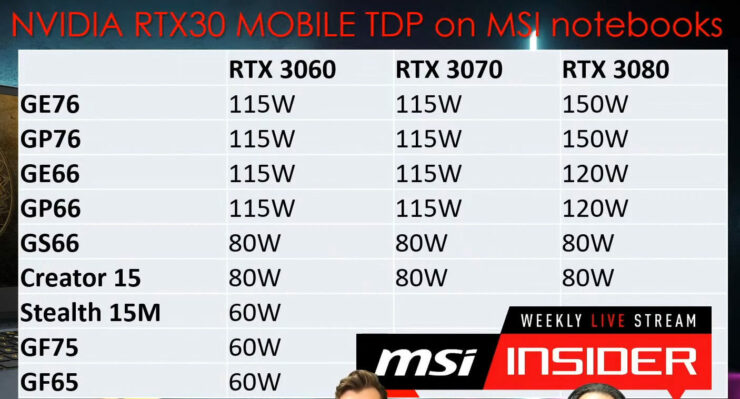 MSI has revealed its specifications but has not updated its product listing to include the specifications. The top-end models, the GP76 and GE76, both feature RTX 3080s with a max TGP of 150W, so it is disappointing to see that ASUS' highest TGP RTX 3080 is 115W (excluding the XG Mobile because it is a docking station, so its an eGPU and not actually a laptop). ASUS can do better and should be doing better.

It is great to see that ASUS is working to be more transparent and setting an example but at the same time, it is disappointing to see them not including the most powerful variants in their top-end models.