ASUS has finally revealed its latest motherboard which belongs to its ROG (Republic of Gamers) Line of hardware which provides the best performance and features to gamers and hardware enthusiasts. When it was revealed a while back, It looked quite similar to the Crosshair IV Formula while featuring a few more goodies such as Extra PCI-e slots and better VRM Phase but now it has been revealed that it had something more to offer, The new motherboard comes with the LucidLogix Hydra Engine chip which lets you pair any Nvidia/ATI Graphic card may it be from any vendor with each other providing users with unprecedented gaming performance. 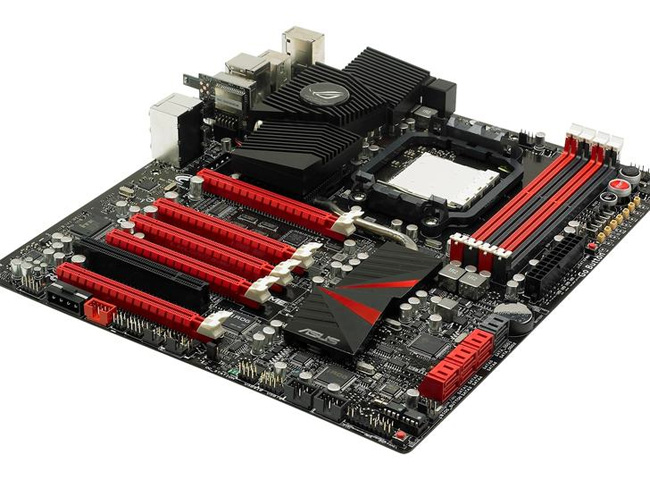