We're only weeks away from the launch of the AMD Ryzen 3000 Series, Radeon RX 5700 Series, and X570 motherboards but Vietnamese site NguyenCongPC.vn apparently couldn't wait to get their preliminary reviews up for the ASUS Pro WX X570-ACE and the ASUS TUF X570-Plus Wifi.  While they did not have any performance figures we do get a bit of an insight into what the vendors are bringing to the table in terms of packaging, a better look at the boards themselves, and a peek under the VRM heatsinks to see just what they've done this time around in terms of power delivery.

Thanks to the evaluation we can see the entire hierarchy of how ASUS is positioning their boards with a very strange pyramid showing that their TUF lineup is aimed at entry gamers and first-time builders and will be the baseline gaming series.  The WS board is going to land just over the Prime lineup which is intended for the general audience. 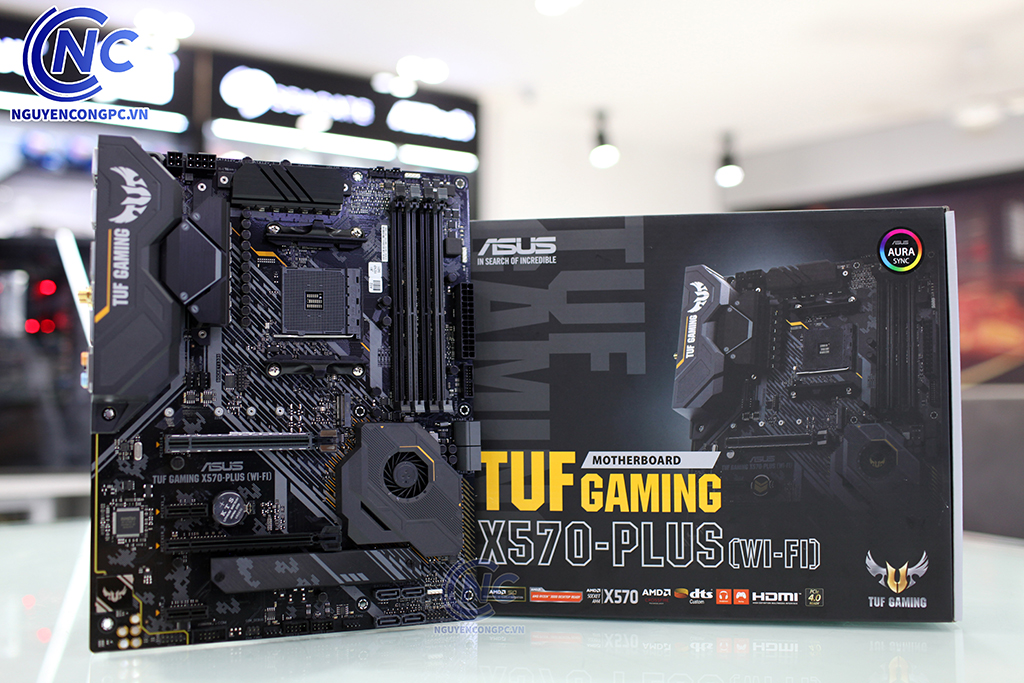 Since ASUS has changed the TUF series a while back and got for the black and yellow theme I haven't been the biggest fan, but this design has been the least offensive so far to me. The ASUS TUF X570-Plus (Wifi) is an entry-level gaming class board from ASUS.  One major thing of note if you follow their full review you find that the board is not designed with multiple graphics cards in mind as the secondary PCIe x16 slot is only wired for x4 electrically. The VRMs on the board were noted as designed for a 12+2 circuitry but are actually being controlled by the ASP1106GGQW in a 4+2 configuration with 4 real phases, you'll find this controller on many B class motherboards. 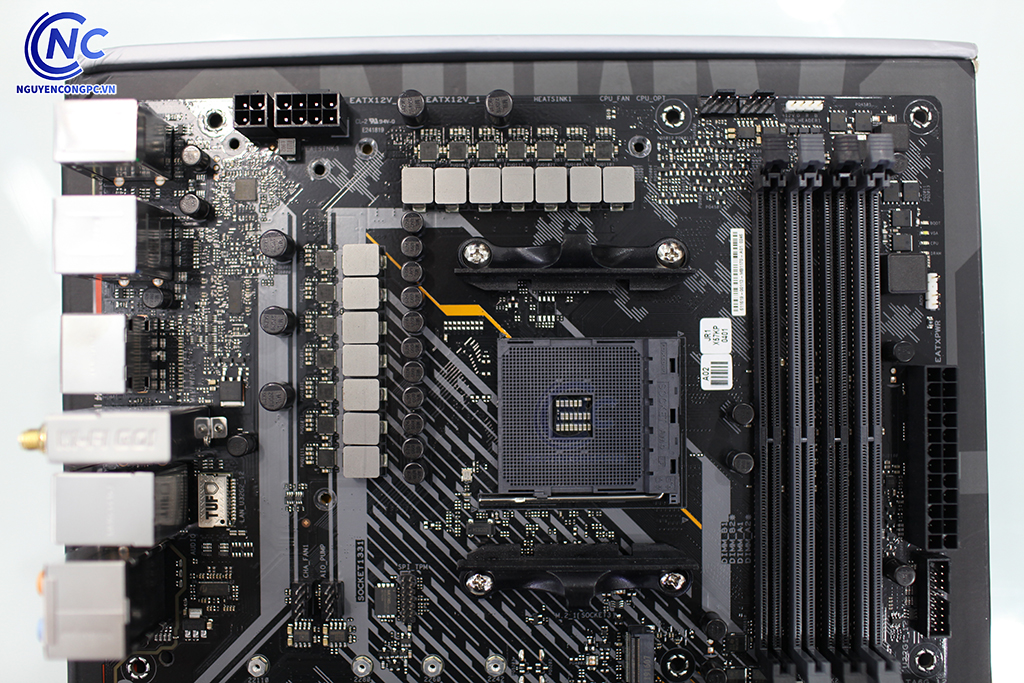 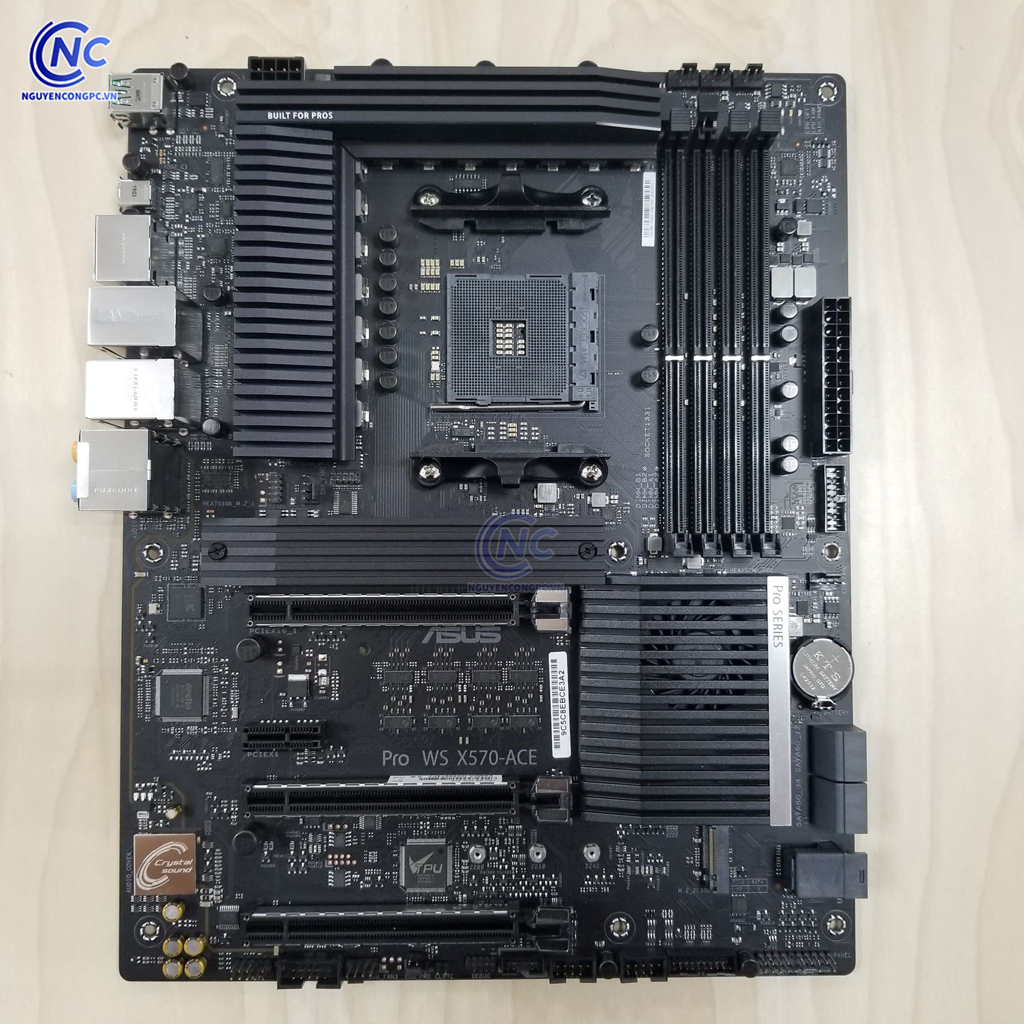 The Pro WS X570-ACE has had my attention since the first time it showed up in a list a while back.  The final product is a very clean and professional design with no gamer aesthetics to be found.  While this one is loaded with 3 PCIe x16 slots the first one is wired for full x16 and the two descending slots are wired for x8.  The VRM heatsink is rather nice on this one with a full fin array, although traditional heatsink fins would have been wicked here over the machined fins it is still a nice compromise.  The power delivery under those heatsinks is nicely spaced for heat distribution and sporting a 12+2 phase setup using the PWM ASP1405I controller that is actually located on the back of the PCB.  While this board isn't exactly on the overclockers list this should prove to be able to hold high sustained clocks on the most demanding of the Ryzen 3000 series chips. 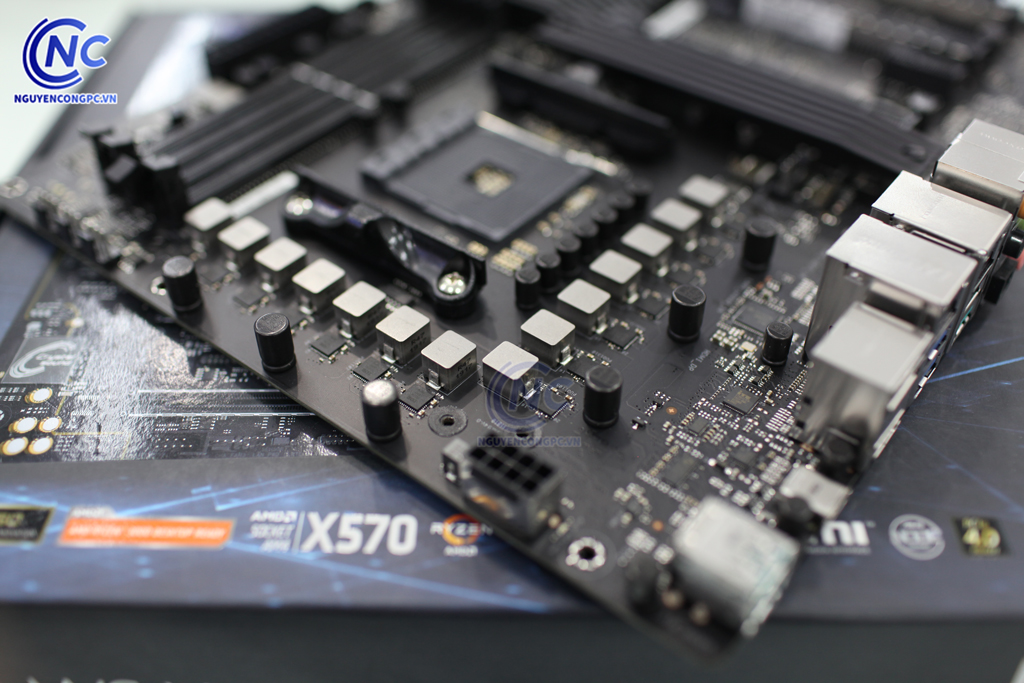 They have no performance numbers which I assume is a measure taken to try to get these limited information reviews out while skirting the embargoes placed on them.  Or, it's possible they had no embargo at all and didn't have any Ryzen 3000 Series chips to run in them. Either way, it's nice to get a good look at the boards and see what we can expect from ASUS come July 7, 2019.

They certainly won’t display the same featureset that will be available on the newly launched X570 lineup but will feature fully stable functionality for users who just want to drop in a new CPU and continue using their PCs without the hassle of upgrading the motherboard and everything from scratch. AMD's X570 platform and Ryzen 3000 CPUs are planned for launch on 7th July while the AMD Ryzen 9 3950X will be available in September 2019.

Which AMD Ryzen 3000 CPU are you interested in the most?