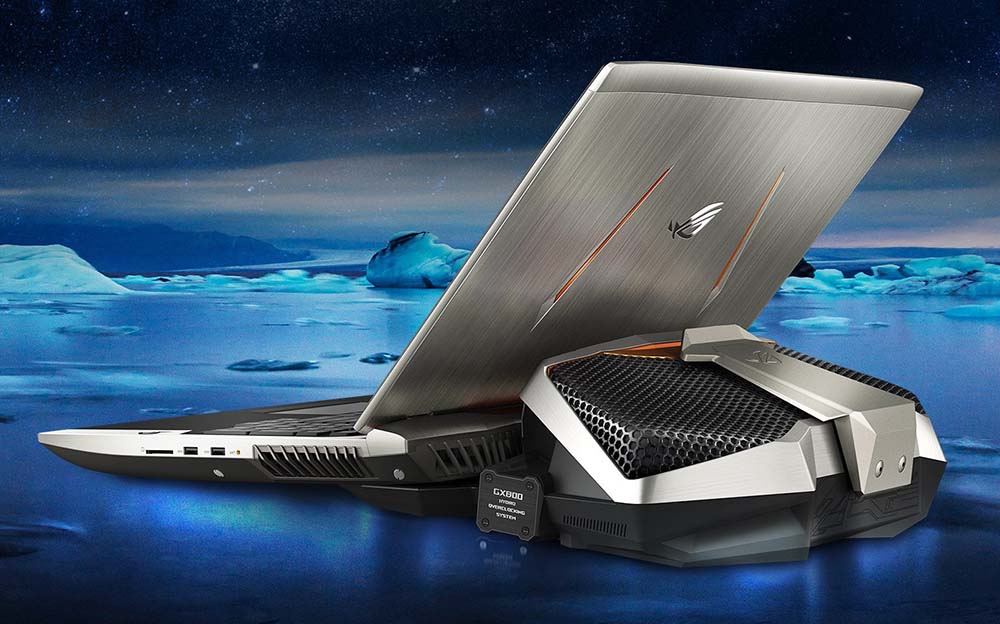 ASUS was rumored to be announcing a slew of notebooks at the CES 2017 trade show and we were definitely expecting the ROG GX800VH was going to be one of them. What we were also expecting was that the powerful gaming machine would be incorporated with Intel’s Kaby Lake processor, and it also allows you configure up to two powerful GPUs to run in unison for unprecedented notebook gaming performance.

The previous-gen ROG GX800VH came with an i7-6820HK processor and this one has been refreshed with an i7-7820HK chip. The processor has a total of four cores and eight threads and is running at a base clock speed of 2.90GHz, with a Turbo Frequency of 3.90GHz. While that will be sufficient, the company allows you to overclock the CPU and take it to brand new performance heights, but if you attempt that then you will obviously need to attach the patented water-cooling system to the notebook.

Unlike other gaming laptops out there, the latest one from ASUS features a massive 18-inch panel and also supports NVIDIA G-SYNC technology to allow you to properly immerse yourself in 4K gaming. In addition to the powerful unlocked processor, the gaming laptop also comes outfitted with dual GTX 1080 GPUs in an SLI configuration, thus allowing you to experience unrivaled performance from a gaming laptop. Once again, there is going to be significant levels of heat generated from the machine if you’re going to be running two powerful graphic chips in SLI, which is why the hydro-cooling contraption is also going to have to be purchased with the notebook.

A laptop of this size also sports a full-sized keyboard with RGB lighting and they are not just any switches, but MechTAG mechanical switches. If they are able to deliver a decent level of travel, then it would result in a refined typing and gaming experience with every keystroke. Unfortunately, ASUS hasn’t disclosed the pricing of its notebook, and we don’t know the full extent of the remainder of the hardware present in the machine.

When more information has been provided about the ASUS ROG GX800VH, we’ll update you as soon as possible.