A new BIOS entry was just found on Asus's support site by Netbook Italia. It reportedly points to a previously un-announced model of Asus Eee PC; the Eee PC 1005P, which according to the leaked bios will be powered by the next-generation Intel Pine Trail chipset - Intel Atom N450. 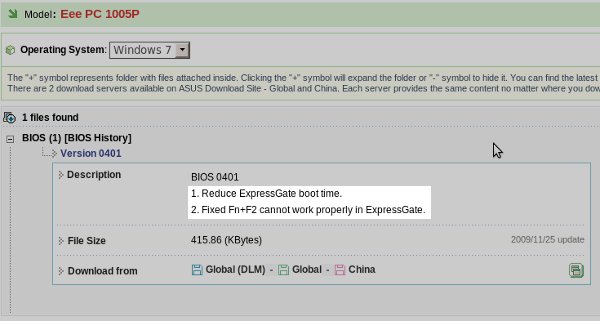 Also, as per the BIOS details - the netbook will feature Asus branded instant-on OS called ExpressGate, which utilizes Splashtop. The instant-on operating system still has a long way to go, as far as its usability is concerned. But Asus keeps on pushing it on its netbooks.

Hopefully, we'll be able to provide you folks with more information in the future.