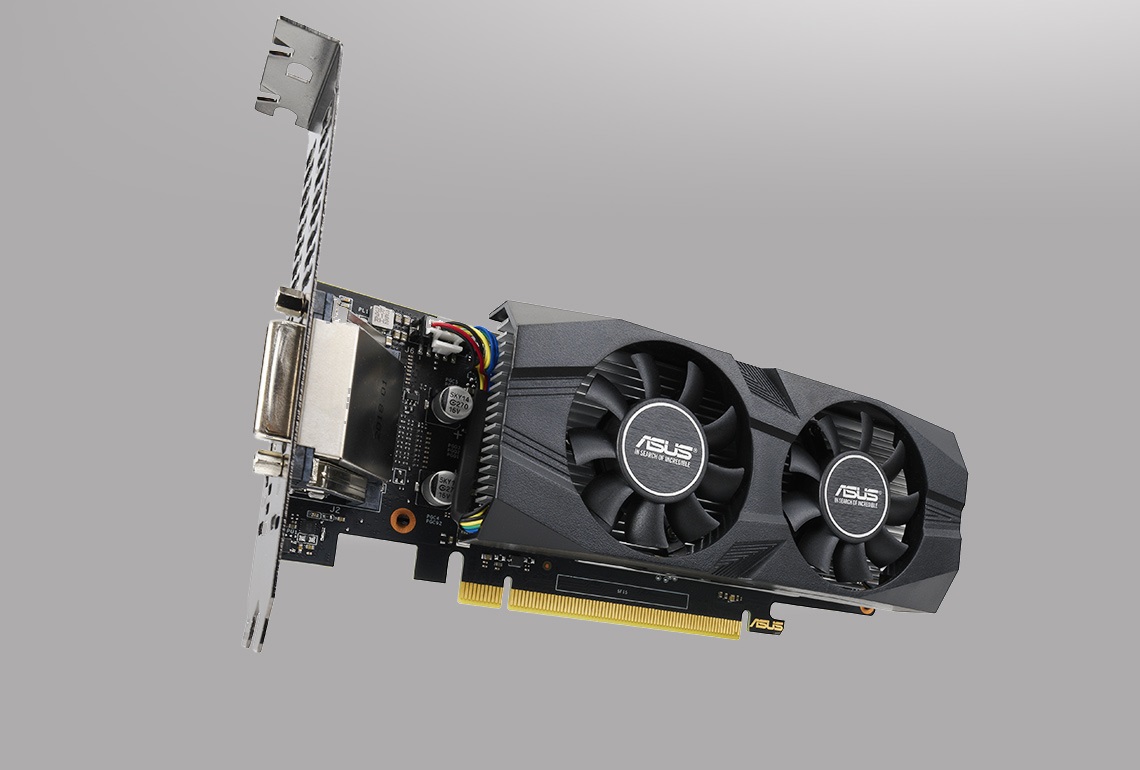 ASUS has just launched a pair of GeForce GTX 1650 graphics cards which feature a low-profile design. Based on the Turing GPU architecture, you should expect decent graphics performance from these small cards which can fit inside in almost any PC case.

The ASUS GeForce GTX 1650 Low-Profile graphics cards feature the Turing, TU117 GPU core. This entry-level graphics card features 896 CUDA cores, 56 TMUs, and 32 ROPs but it is based on a cut-down TU117 GPU design. The cards are equipped with a 4 GB GDDR5 memory that runs across a 128-bit bus interface. The memory runs at 8000 MHz delivering a cumulative bandwidth of 128 GB/s.

When it comes to the design of both cards, we are looking at a dual-slot design. The custom PCB design makes this card very compact yet housing all the necessary electrical components to keep the card running smooth. For cooling, ASUS has featured two IP5X rated fans which offer full dust protection. These fans are featured within the plastic shroud cover which hides the aluminum heat sink block underneath it.

The heat sink makes direct contact with the GPU and is good enough to keep the card running at decent temperatures. The card also features a nice backplate which helps cover the entire back of the card. The exact dimensions of the card are just 6.9 cm (Half-Height), 4.1 cm wide and 18.2 cm long.

Both cards will be available on retail store soon with pricing close to the official figure of $149 US. The OC variant would definitely be listed at a higher price. MSI and ZOTAC also released their own low-profile GeForce GTX 1650 graphics cards a while back too. These graphics cards are great for small form factor PC or HTPC builders who want good performance at hand that their tiny PC case can handle.