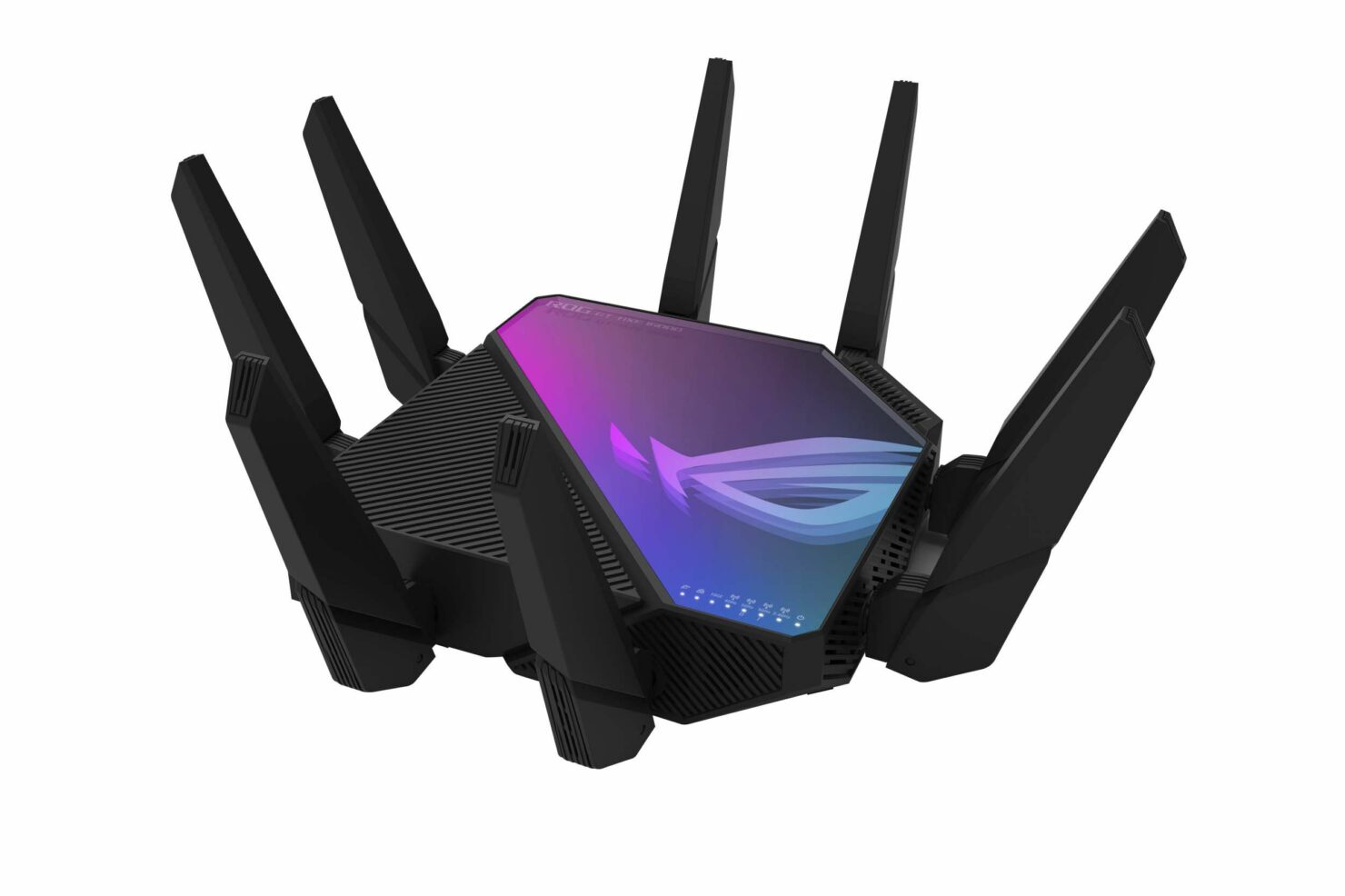 ASUS has a habit of using an ‘over the top’ design for its products and its ROG Rapture GT-AXE16000 is no different because when you flip it over, it looks like a miniature version of an ‘arachnotron’. The Taiwanese manufacturer claims that this is the world’s first quad-band Wi-Fi 6E gaming router, though the statement is partially true, as you will soon find out.

To clear the confusion, The Verge reports that there is already a quad-band Orbi system from Netgear that launched last October but that is available in a Mesh network. With the ASUS ROG Rapture GT-AXE16000, it is a standalone gaming router and is specifically targeted at gamers, not to mention that is much cheaper than the Mesh network from Netgear.

The ASUS ROG Rapture GT-AXE16000 broadcasts four wireless bands, which includes a 2.4GHz one, two 5GHz, and a 6GHz one. When connected to the 6GHz band, maximum theoretical downlink speeds of 4,804Mbps can be achieved. That bandwidth takes a nosedive to 1,148Mbps when connected to the 2.4GHz band. If you want extra coverage, the ROG Rapture GT-AXE16000 can be used to set up a home Mesh network with another compatible ASUS AiMesh router.

If you prefer staying off the wireless route, there are two 10Gbps LAN ports, and four 1Gbps LAN ports available. The WAN port is rated for 2.5Gbps, and there are a couple of USB ports just to complete the entire package, in case you were about to nitpick. Quad-band Wi-Fi 6E routers are still in their infancy, so the $649 price tag of the ASUS ROG Rapture GT-AXE16000 should not be surprising to read. For those interested, it will go on sale later this quarter.

Fortunately, it is cheaper than Netgear’s quad-band Mesh network system, which can set you back by $1,500 for a three-pack. You will just have to accept the idea of setting up a router that looks like a massive spider.