Assassin's Creed Syndicate brings the long running franchise to the "modern era" of the Industrial Revolution, in a Victorian London full of life, and advancing architecture. Visually Syndicate looks quite impressive, considering the scale and complexity of the world, and even though it might appear like a step back from Unity, it will surely provide a far smoother experience than its predecessor which caused considerable stress on the CPU contributing to sub-20fps performance in places on both the PS4 and the Xbox One. Hopefully, Syndicate will be a more polished game upon its release on consoles on October 23, and on the PC on November 19. The development team at Ubisoft Kiev, the studio handling the PC version, have reported that their focus was providing an excellent version of the game from day one. 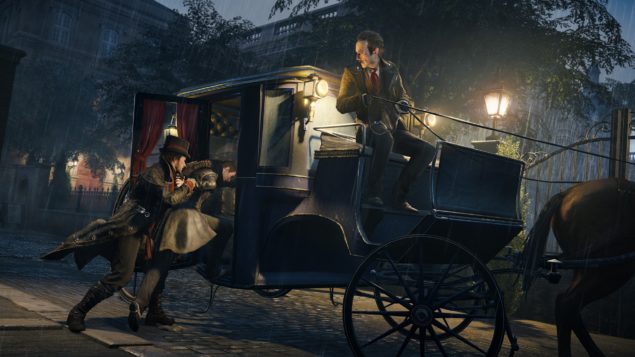 Gamespot has released a side-by-side video comparison between the two console versions of Assassin's Creed Syndicate, which can be viewed below. Gamespot notes that the video was captured before the Day 1 Patch was released.

The direct feed screenshots from the PS4 version taken by NeoGAF user Lurgan1337, which can be viewed below, confirm a 1080p resolution.

Assassin's Creed Syndicate  is available for the PlayStation 4 and Xbox One, with a PC release to follow on November 19, We will bring you any new information as soon as it becomes available.