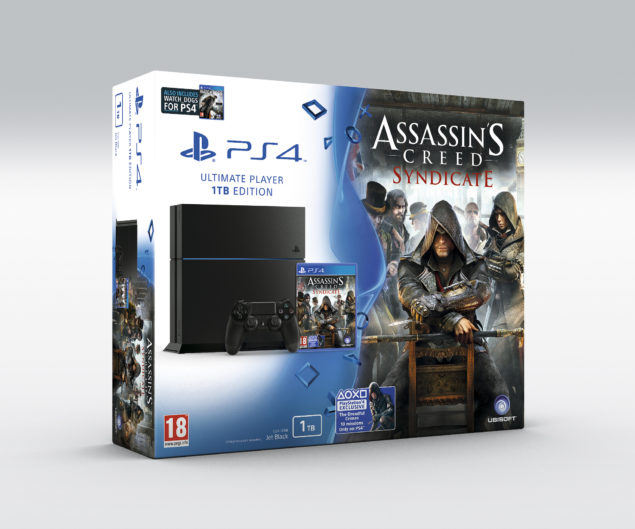 The bundle that includes a jet black 1TB Playstation 4 console, comes with a free digital copy of Ubisoft’s Watch Dogs.

Watch Dogs released back in 2014 and sold insanely well, even surpassing Ubisoft’s expectations for the action-adventure. PS4 players will also be able to enjoy exclusive content - upon purchase players will receive 10 exclusive Penny Dreadful-themed missions in Assassin’s Creed Syndicate, known as the ‘The Dreadful Crimes’.

The Dreadful Crimes Mission Pack explores the roots of this gruesome fad sweeping London through the eyes of a young connoisseur of detective stories named Artie, who teams up with famous Penny Dreadful journalist Henry Raymond.

Check out the trailer for the ‘Dreadful Crimes’ mission pack below:

Assassin’s Creed: Syndicate releases on October 23rd for both the Xbox One and PS4. PC players will be able to enjoy the game on November 19th, 2015.