ASRock has officially released the latest BIOS for their refreshed X299 motherboards, enabling the support for RDIMM memory with up to 256 GB capacities. Equipped on the X299 line from ASRock, these memory DIMMs can offer a total capacity of up to 2 TB, which is a huge increase over existing 256 GB capacities which is supported by X299 boards from all other manufacturers.

It was already tested by ASRock's in-house overclocker, Nick Shih, that their X299 lineup would be receiving BIOS support for RDIMM memory which would let the motherboards support 256GB ECC memory in non-ECC mode. This would enable up to 2 TB of memory capacity support on ASRock's X299 motherboard which is something that no other manufacturer is currently offering. 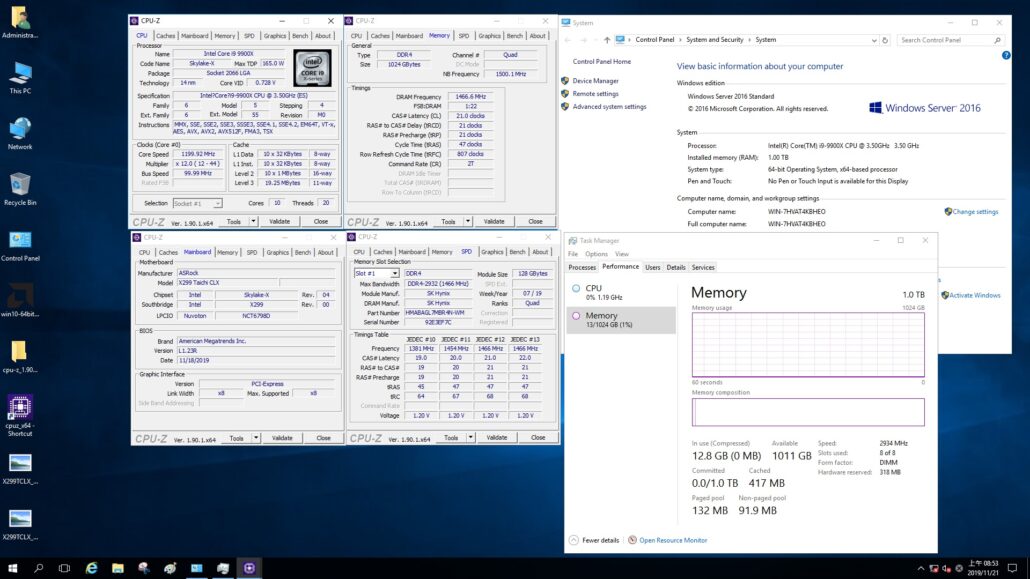 ASRock has currently released the BIOS support for all of their new X299 refresh motherboards which include the X299 Taichi CLX, the X299 Creator and the X299 Steel Legend. The BIOS enables RDIMM support for Skylake-X 7th and 9th Generation processors, however, Nick Shih confirmed that the next target is to enable support for Cascade Lake-X 10th, Gen HEDT CPUs, too. You can find the latest BIOS in the following links:

Some performance results in the AIDA64 cache and memory benchmark for all three X299 boards were also shared which you can see below.

2 TB, heck, even 1 TB support on motherboards is pretty awesome if you're rocking an X299 board as a creator or as your own home-based workstation rig and want extra memory in hand for mega-tasking. This also makes ASRock the only X299 board manufacturer to offer RDIMM support on the X299 refresh lineup. We will keep you posted when ASRock releases the next BIOS which enables support on the newly released Cascade Lake-X lineup. This is the highest amount RAM currently installed in a consumer-grade motherboard, and the only other option would be the MAC Pro, which offers 1.5 TB of RAM at its highest configuration. The Mac Pro costs roughly up to $52,000.