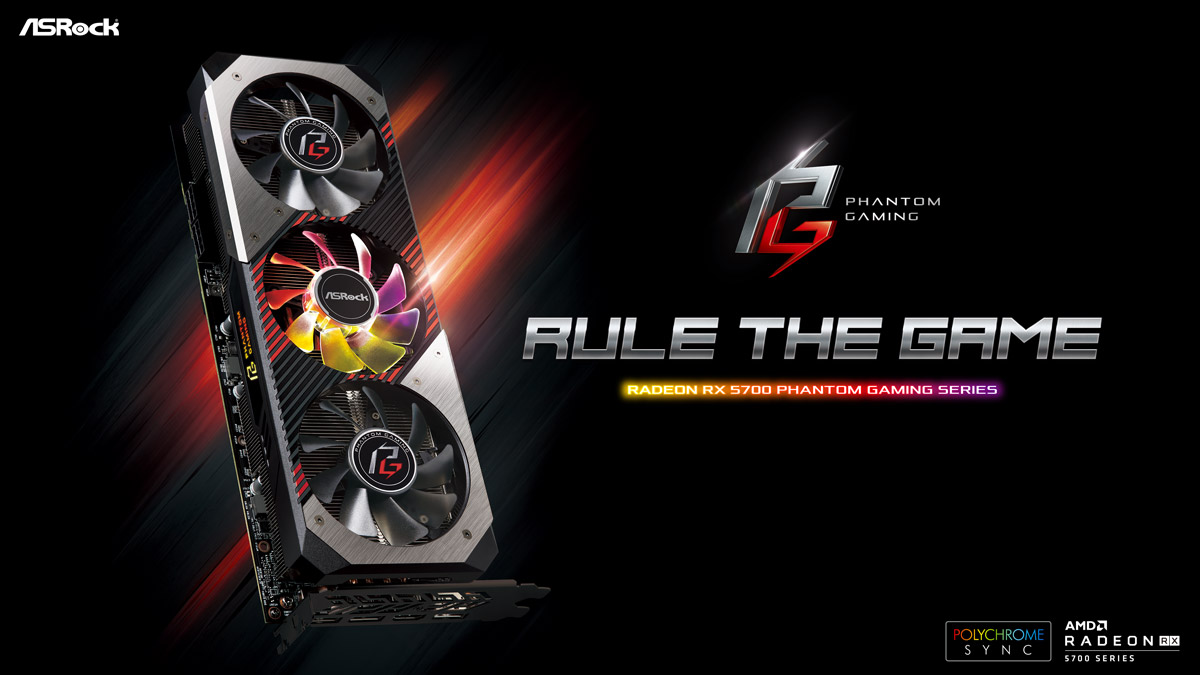 ASRock is making Phantom Gaming versions of the both the RX 5700 XT & the RX 5700, which support faster clock speeds and premium cooling!

The ASRock Phantom Gaming series of graphics cards are getting some new additions to the family, the RX 5700 Phantom gaming card and the RX 5700 XT Phanton gaming card. Both of these offer faster clock speeds along with much larger cooling heatsink, and more cooling fans (instead of the single blower type fan).

The new design to the Phantom Gaming series RX cards will allow them to run much cooler and much quieter when comparing it to the blower-style graphics card. The cooler temperature does come at a space cost, as both of these cards are 2.7 PCIe Slot sized meaning they will take you 3 different slots for the graphics card compared to the standard two slots that are normally taken by the AMD's reference design. 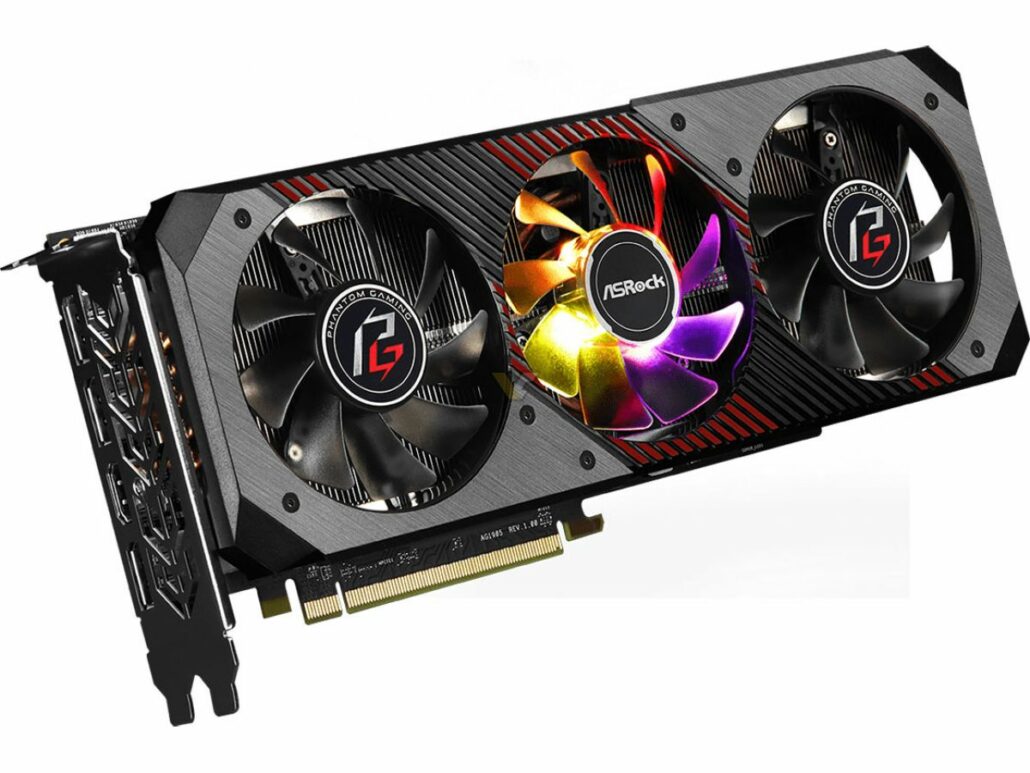 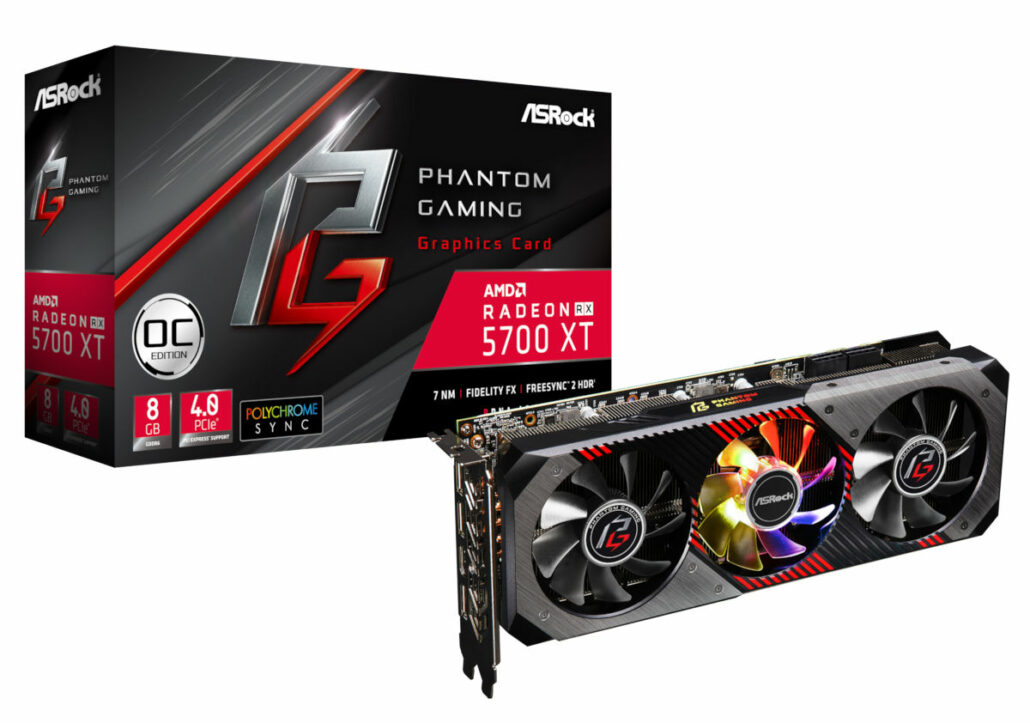 The clock speed of the initial RX 5700 is 1465 MHz with a boost clock up to 1725 MHz, while the Phantom Gaming RX 5700's base clock is 1610 MHz and the same boost clock of 1725 MHz, with a peak clock of 1750 MHz which means that under a heavy stress load onto this card, It'll still be able to give you the best gaming experience. Both graphics cards would feature 8 GB of GDDR6 memory running along a 256-bit bus interface at 14 Gbps, offering a total bandwidth of 448 GB/s. 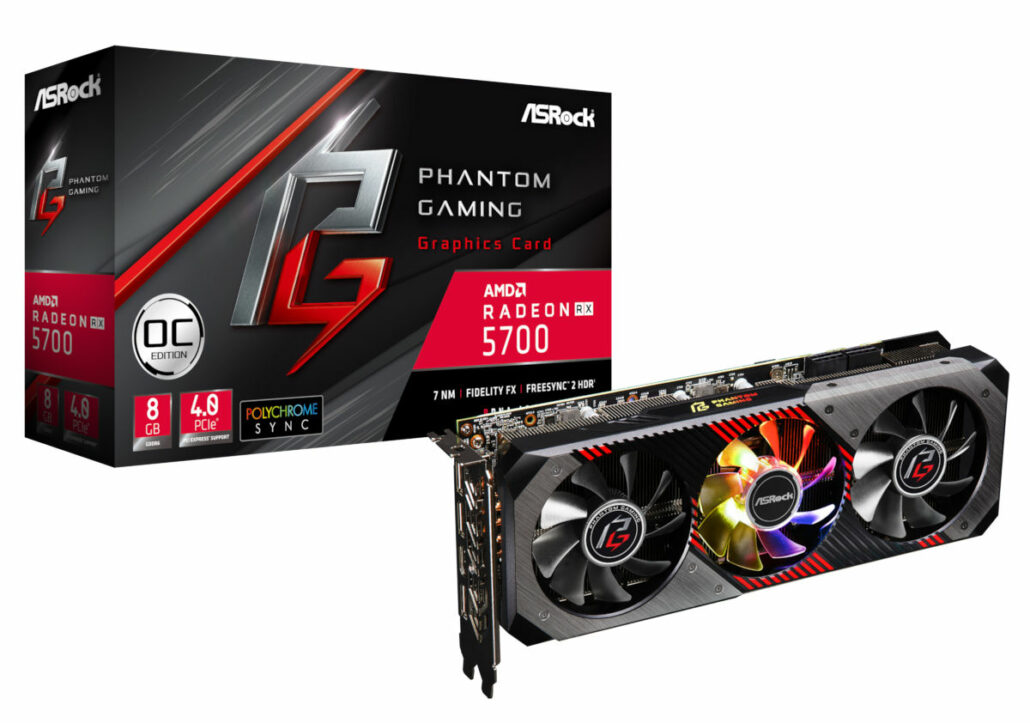 Both Phantom Gaming series cards are also powered by dual 8 pin connectors which means that we are looking at a high-end PCB design that would allow better overclock results than the AMD reference variant. Display outputs include the standard 3 DP and 1 HDMI ports.

The larger cooler unit has a total of three fans attached to it but only the middle fan has RGB LEDs embedded within it. The RGB fan is in the middle of the three fans which is a bit of an odd design to not have the other two fans also include RGB lights in any way.

Along with the RGB fans, these graphics cards include a backplate to look great and also help stop graphics card sag.

The AMD reference design is louder due to the single fan, or the blower-type video design since the ASRock versions will be quieter due to the three fans featuring a blade design. Also, ASRock has featured its 0dB silent cooling technology which would allow the fans to stop completely when running at low temperatures. This would allow the overall acoustics of the system to remain quiet when the card isn't under heavy load.

The graphics card looks to be amazing, with the right update to increase the boost clock speeds to beat the AMD counterparts. If that happens, or you're more worried about the sound coming from the AMD version of this card, then you might want to pick this up!