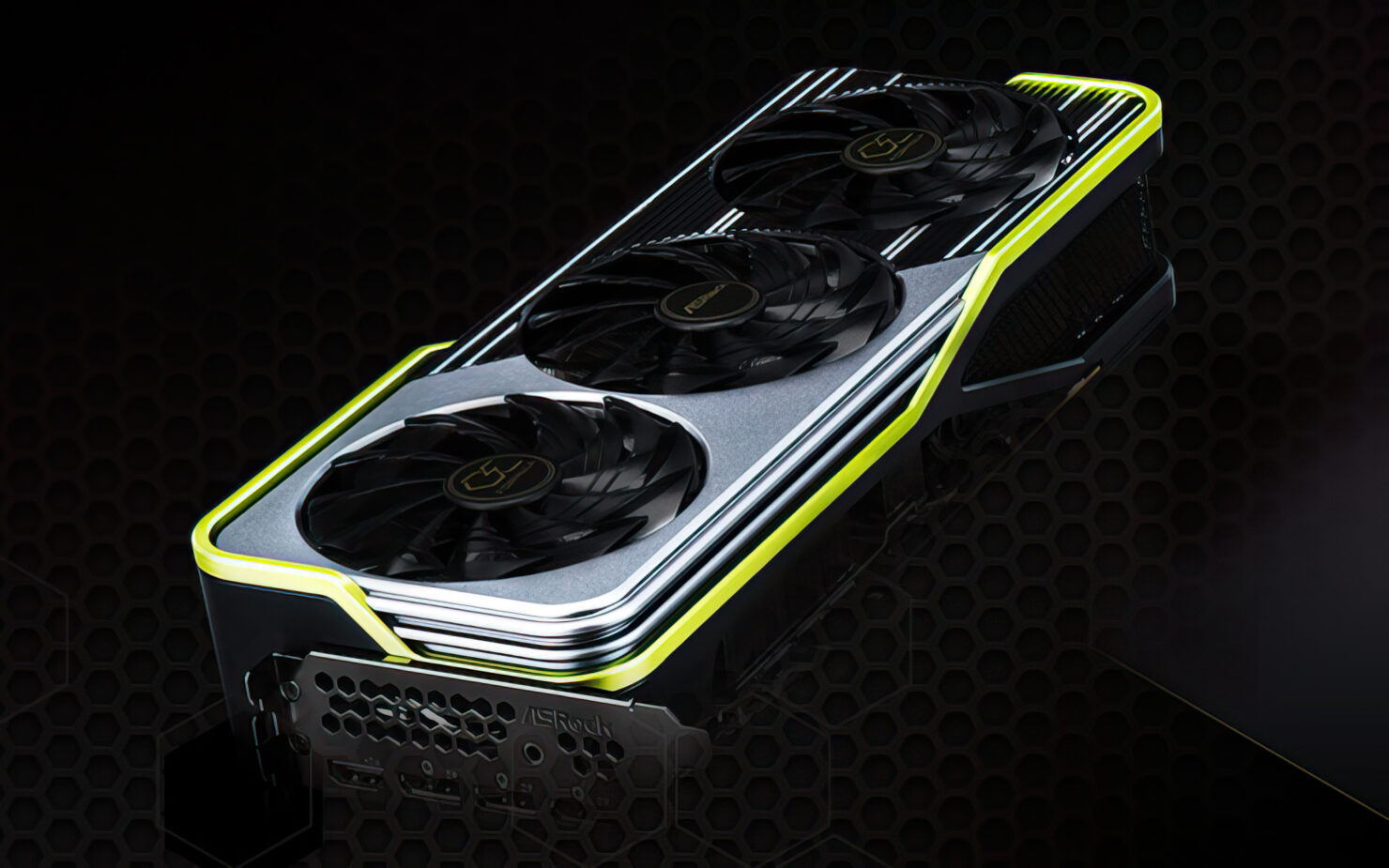 As spotted by Momomo_US, the listing was posted over at EEC and includes five custom graphics cards based on the new RDNA 2 refresh design from AMD. These include a single variant for the RX 6950 XT while the RX 6750 XT & RX 6650 XT get two variants each. Following is the list of cards that you can expect in ASRock's portfolio on the 10th of May when the RDNA 2 refresh lineup hits the store shelves:

The Radeon RX 6950 XT OC Formula will be ASRock's flagship offering, featuring a massive triple-slot and triple-fan cooler design. The card will be aimed at overclockers and even come with the highest clock profiles. Given that this is a top-of-the-line variant, it will require a triple 8-pin power connector input to feet the GPU and memory with the required power. The current RX 6900 XT OC Formula has a max clock rated at 2475 MHz so we won't doubt that the 6950 XT OCF can reach past the 2.5 GHz clocks out of the box and hit beyond 3 GHz speeds when overclocked.

As for the other cards, the Radeon RX 6750 XT and Radeon RX 6650 XT will come in both Phantom Gaming and Challenger variants.

The Phantom Gaming cards feature a dual-slot and triple-fan cooling system while the Challenger Gaming graphics cards feature a dual-slot and dual-fan cooling system. Given what we saw last time, the ASRock OC Formula had a very high premium at launch & retailed for around $2000 US so this is where one should expect the 6950 XT OCF to end up too. The new graphics cards will rock up to 18 Gbps GDDR6 memory dies and offer improved gaming performance ranging between 5-10%.