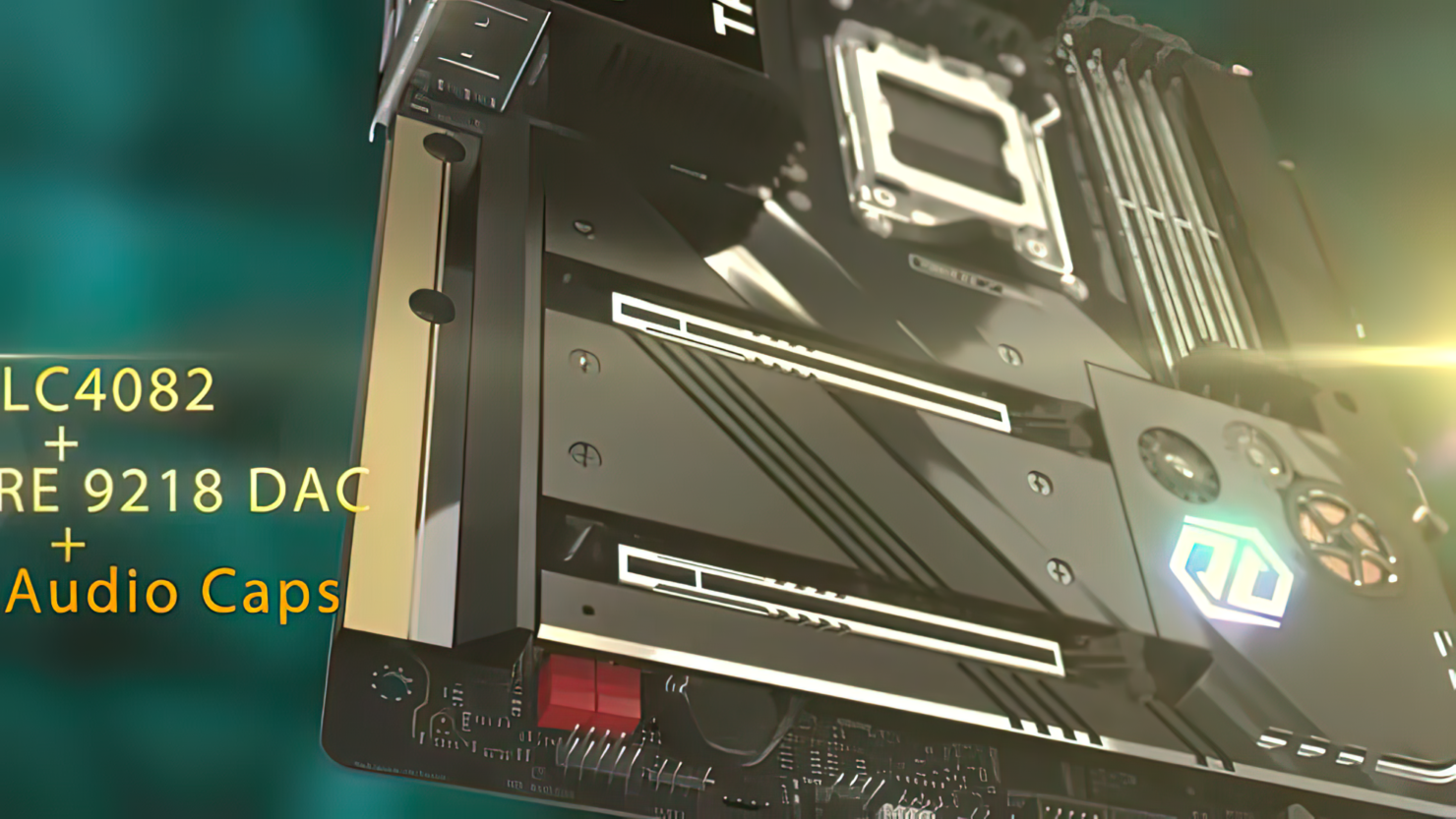 ASRock's next-generation X670E Taichi motherboard has been pictured and in addition to that, their upcoming X670E Taichi Carrara has been confirmed too.

The picture only gives us a slight look at the motherboard but it confirms that the X670E chipset-powered motherboards will be present at Computex 2022 in addition to the standard X670 line.

ASRock reveals a series of motherboards based on the revolutionary AMD X670 chipset. The new motherboards are equipped with many exciting features and new technology such as PCIe 5.0 & DDR5 capability, the insane IO capability including the support of Thunderbolt 4.0 has pushed the X670 platform even further into high end desktop category, ASRock went all out on the VRM design too, with total of 26 phases SPS Dr.MOS design on the X670E Taichi, it is the most powerful AM5 product ASRock can offer, and on top of that, there’s a special edition motherboard X670E Taichi Carrara to celebrate the 20th birthday of ASRock!

The motherboard pictured is the top ASRock X670E Taichi which rocks the AM5 socket with a powerful VRM delivery that is composed of 26 phases with the SPS Dr.MOS design and requires a lot of cooling, There also seem to be exhaust vents on the sides of the VRM heatsink which might hint at active-cooling solution being used for the CPU VRMs. Recent ASRock Taichi designs have used an active-cooling solution for the CPU VRMs so getting a similar solution on higher-end X670 motherboards isn't entirely out of the question. These active-cooling fans can be disabled but if users are going to overclock, then the extra cooling does come in handy.

In addition to that, the ASRock X670E Taichi motherboard features four DDR5 DIMM slots, all of which are added durability through metal-plating. We can expect the Taichi to offer some beefy overclock support for up to DDR5-6000+.

There's also a full-front cover heatsink, and several M.2 slots, all of which will be PCIe Gen 5.0 compliant. There are two PCIe Gen 5.0 x16 slots and it looks like the PCH is sitting under a passive-cooled heatsink which means that no active cooling will be required (at least on the X670E Taichi). The design looks very modern and is an upgrade to the recent Taichi designs. There's still the Taichi logo that's illuminated by Polychrome Sync RGBs. Additionally, you can find the latest Thunderbolt 4.0 support on the top-end motherboards along with full support for AMD's Ryzen 7000 Desktop CPUs.

There's no word on the availability or pricing of either of these motherboards but it is stated that the motherboards will be showcased on the 26th of May during Computex 2022. Gigabyte has also leaked its preliminary lineup which we have reported here and it also looks like that ASUS's boards based on the X670 & B650 chipsets have started to leak too.