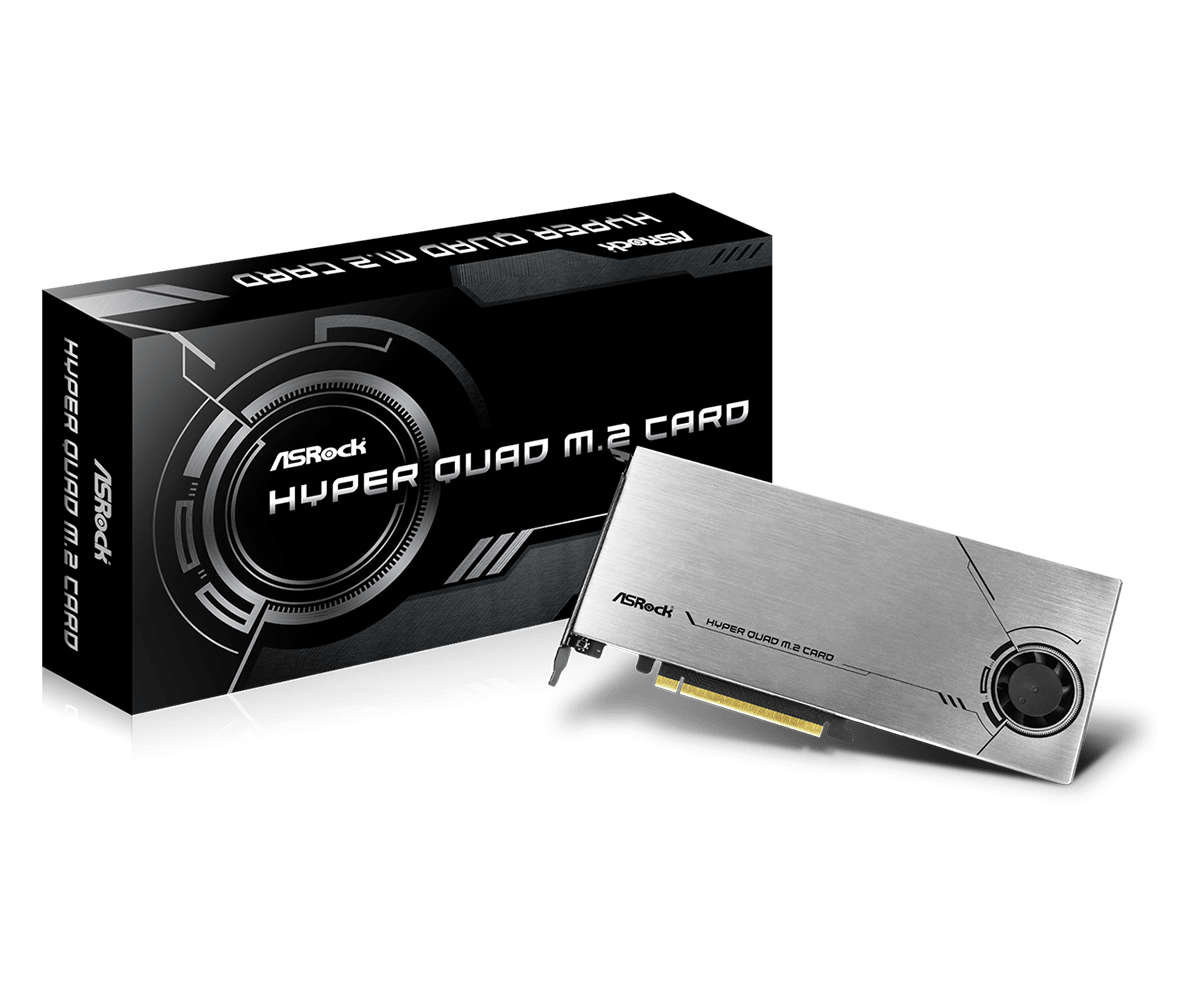 With the bootable M.2 RAID Support, this card is offering support for up to 4 PCIe Gen3 x4 NVMe M.2 SSDs on AMD TR40/ X399 platform and Virtual RAID on CPU (VROC) technology on Intel X299 platform (only Intel SSDs can support VROC). 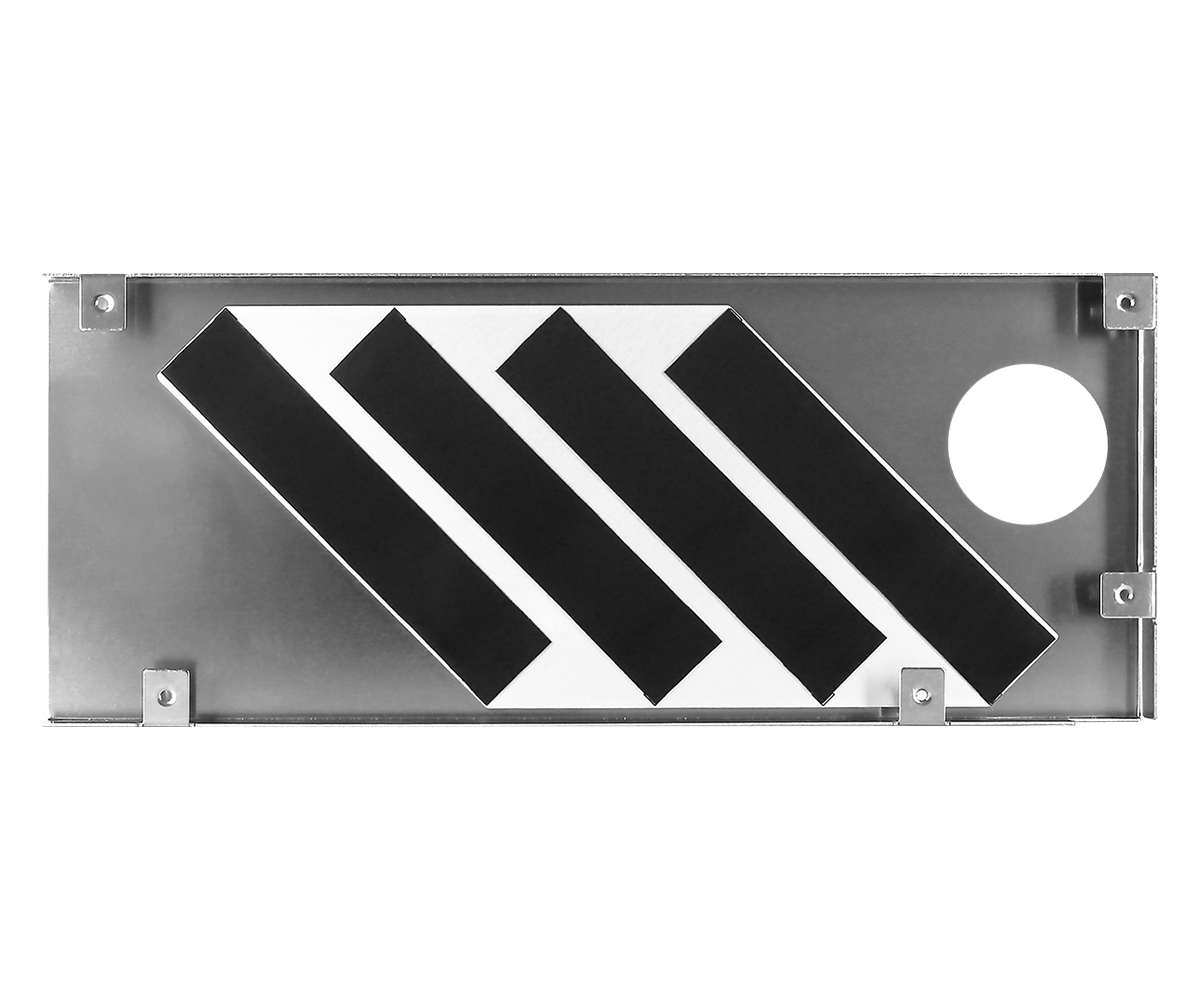 The PCIe x16 slot (which this expansion card utilizes) needs to be divided into four PCIe x4 lanes by the motherboard, and this allows each NVMe SSD to have four dedicated PCIe lanes. The onboard four M.2 sockets are laid on the PCB at a 45-degree angle, to keep the traces as short as possible. This ensures that each M.2 sockets carries a good enough current, which provides maximum performance and stability.

The 11-cm-long thermal pad can cover every NAND flash on M.2 SSD, which ensures adequate heat transfer from the high-speed M.2 SSDs to the aluminum cover. The ventilation holes are located on the back of the expansion card, where the video outputs would be on a graphic card.

The adjustable cooling fan is another way this expansion card cools the four M.2 SSDs, and the 5 cm fan lowers the temperature to ensure stable performance. This fan is completely adjustable from a switch that is located on the PCB or the software included, allowing for flexible usage.

The included ASRock Quad M.2 Card Utility software shows vital information and also allows for easier fan speed control. This software also shows you how many of the four slots are currently populated. 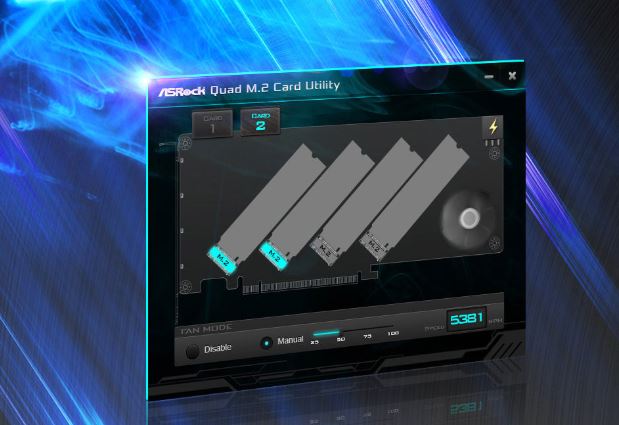 If your system requires more expansion, having multiple ASRock Hyper Quad M.2 cards installed can be connected using the onboard switch, which allows for easy management.