Online cheating website Ashley Madison came under an online assault from an unknown group of individuals calling themselves The Impact Team. While majority of users wanted to call their bluff, the hacking team believed that the world needs a Samaritan once in a while and posted all of the hacked data online.

Details coming from Twitter stated that sensitive data possessing a total capacity of 9.7 GB was posted on Tuesday to the dark web using an Onion address that was accessible only through the Tor browser. According to the details, data that was posted online comprises up of account details and log-ins of approximately 32 million users. In addition, a total of seven years’ worth of credit card and other payment transaction details, dating from the year 2007 are also a part of the hack.

Despite the fact that Ashley Madison possessed the most secure way to store passwords, Robert Graham, CEO of Erratasec states that it was not sufficient enough to keep The Impact Team locked out.

“Hackers are still likely to be able to ‘crack’ many of these hashes in order to discover the account holder’s original password.”

Ashley Madison is currently owned by Avid Life Media, and the hacking group had previously told the company to take down the cheating website, along with another site that fulfilled a similar objective. Following the breach, the hackers wrote the following in their statement:

“Avid Life Media has been instructed to take Ashley Madison and Established Men offline permanently in all forms, or we will release all customer records, including profiles with all the customers’ secret sexual fantasies and matching credit card transactions, real names and addresses, and employee documents and emails.”

To show that the group was not kidding around, they initially posted sample files, along with evidence detailing the company’s fraudulent practices. According to the website details, customers have to pay $19 to have their user data purged completely, but in actuality, the company retained all of the information on their servers, which was the golden ticket for The Impact Team. 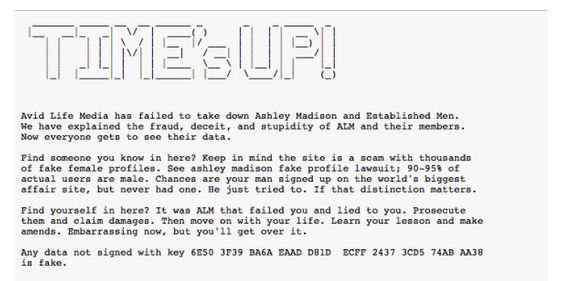 While the following has not been confirmed, we are confident that millions of users will be taking legal action against Avid Life Media for failing to delete their sensitive data, even after paying a fee for it. The company is definitely be going through a firestorm which will comprise up of lawsuits and payments in damages. 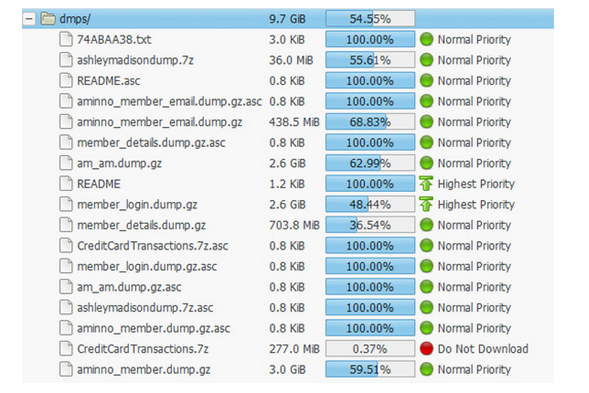 While Avid Life Media has condemned the attack, the firm better start ‘lawyering’ up, since their executives are most likely going to be found in courtrooms in the coming months.