DirectX 12 Explicit Multi-GPU Tested In Ashes of the Singularity

Our Testing, Results, and Conclusion So Far

Testing with limited resources we wanted to bring the most comprehensive results that we could.

We tested across three platforms;

All processors and graphics cards were ran at stock speeds

The remaining components of each setup used;

Driver Packaging Version provided by AMD for these tests

The benchmark for AotS was run with the ‘STANDARD’ preset at 1080p across all processor and graphics card configurations. 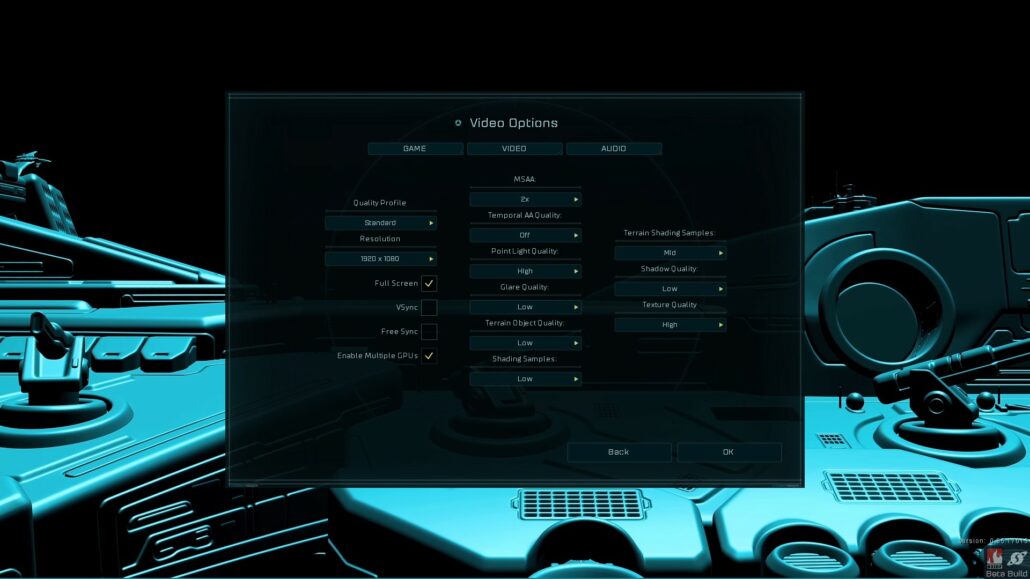 We started off with the A10 7870k running through both DX11 and DX12 with first the R9 285 then the R9 Nano and finished off with seeing where Explicit Multi-Adapter stands at the moment. 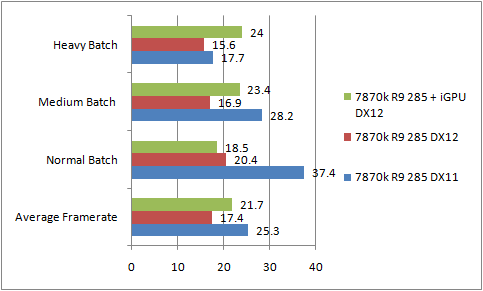 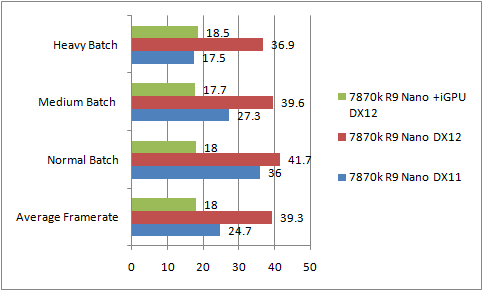 Interestingly enough the R9 285 takes a serious pounding in this test.  The R9 285 does so bad to the point that even the iGPU in EMA that was able to boost it up whereas the disparity between the Nano and the iGPU really show that this isn’t a recommended configuration and highly inadvisable.

The i5 puts up some much better numbers, even at a much lower clock speed showing that IPC is still important in the world of DX12.  We were not able to run EMA with the intel HD530 as the game did not recognize the iGPU. 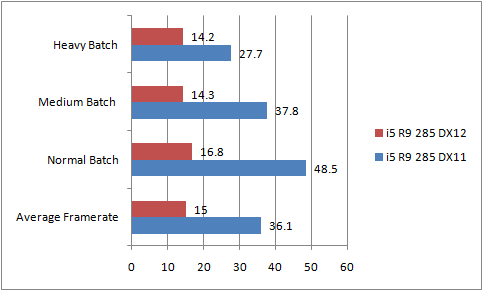 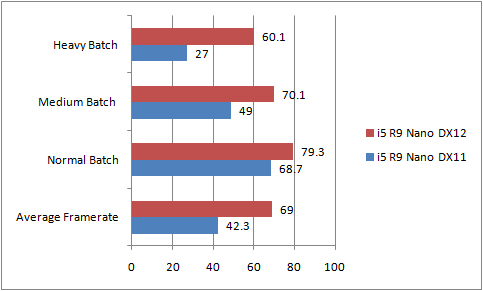 Still the R9 285 takes a beating.  This time we see the Nano making a massive leap showing the api is taking full advantage of the total system.

With the i7 we see very similar results to the i5, but this time we toss in a curve ball to the mix.  We pair the R9 Nano and the R9 285 then again with the R9 Nano and a R9 290x.  The Results were interesting to say the least. 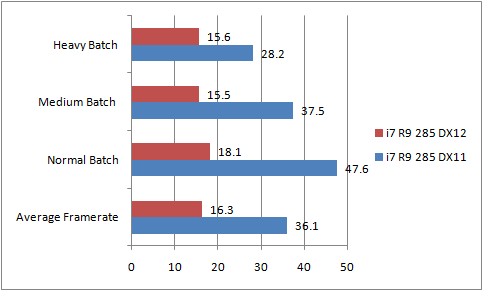 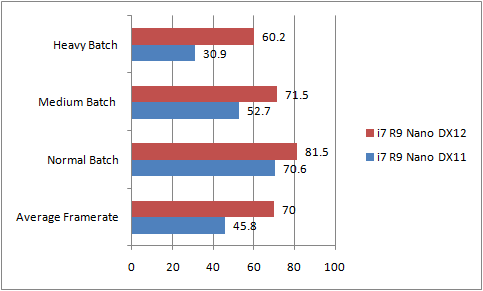 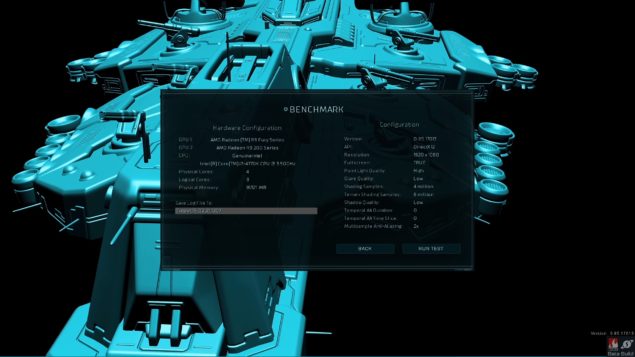 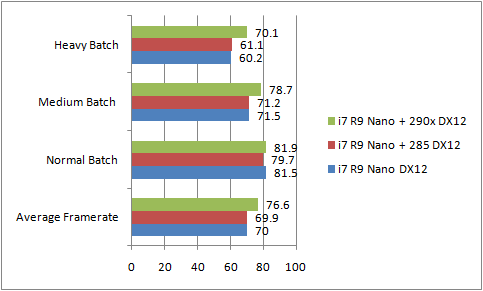 While the Nano+285 yields no improvement, staying within margin of error, the R9 Nano and R9 290x show some decent games, but mostly noticeable in the Medium and Heavy Batches.  This shows how well the load is handled across both graphics cards as the load increases.

Taking a look back comparing the i5 and i7, looks like hyper-threading doesn’t do much good here. 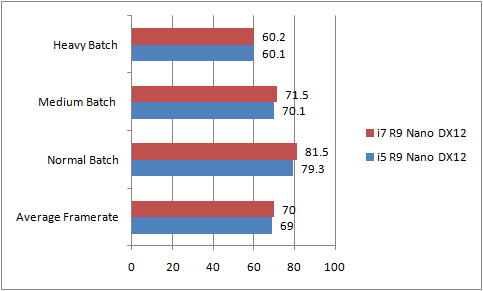 It’s good to these DX12 features finally available to the public and they are working. There’s still a road to go before these features are out of Beta and more available in other titles we could see a shift in upgrade paths where people are holding on to their old gpu for a bit longer as well as making some interesting combinations.  We would love to have tested along with an Nvidia gpu, but the only one available at the time is a GTX 770 but it wouldn’t launch in DX12 so we were unable to compile any results from that configuration.

Apple Employees Continue To Work From Home on Future Products