Intel has been taking blows left and right from competitors with the Rocket Lake processors falling short of the mark compared to the more affordable AMD Ryzen offerings as well as having more competitors join the fray. ARM has been the latest bearer of bad news for Intel as they are looking to overhaul their lineup with new designs in order to compete with Intel.

ARM Is Putting Machine Learning At The Forefront Of Its Newest Designs, Also Helping Amazon Enter The Semiconductor Market

Historically, Intel has had a tight grip over most sectors of the processor market, but lately, competitors have been loosening that grip. AMD has been chipping away at Intel's market share in most segments. ARM is looking to do just that and help others do the same as well. ARM's business is selling processor designs and licensing the code that controls the semiconductor to companies such as Apple, Samsung, Qualcomm, and more. A competitor most fear in all sectors, Amazon, has been designing its own processors using ARM's technology. 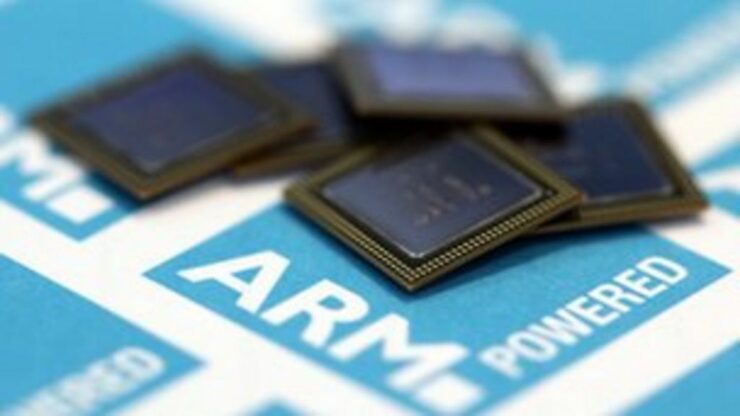 ARM is already quite strong in the smartphone industry and is growing in other sectors such as data center computing as well as personal computers . The new designs from ARM are adding capabilities to help chips handle machine learning which is a form of artificial intelligence seen in software. The world is rapidly evolving with AI and ARM wants to be the market leader and is positioning itself to do so. On top of that, the new designs look to offer a 30% performance boost over the next two generations in data center and mobile device applications. The performance boost also comes with added security features. Simon Segars, chief executive officer of Arm, firmly believes that AI is the future:

As we look toward a future that will be defined by AI, we must lay a foundation of leading-edge compute that will be ready to address the unique challenges to come.

The Cambridge-based company, ARM, is growing its role in various processor markets and also helping its customer enter the market and the brand new Armv9 architecture is helping them do so. Intel has some serious competition now with AMD, ARM, and everyone ARM helps get into the semiconductor market including Amazon which is still in the process of developing its first chip. ARM is also in the process of being acquired by Nvidia from SoftBank Group for $40 billion, but the deal has not been approved and some ARM customers don't like this deal.

The time might come where Intel is no longer the most dominant chip manufacturer in the world with many competitors such as AMD and ARM challenging Intel's market share. Hopefully, this new competition breeds innovation from all parties.