It appears that several tech companies have finally realized the limitation of battery life in mobile devices. Many of them are now attempting to come up with solutions that will allow them to counter the slow development of battery tech.

According to EETimes, ARM’s Cortex-M processors are going to be fitted with Silicon Lab’s 32-bit EFM32 Gecko microcontroller, along with a low level API, which will allow them to be more energy efficient than all of current generation processors. Both firms are going to incorporate these chips to power gadgets that will eventually form the ‘internet of things’, or IoT. 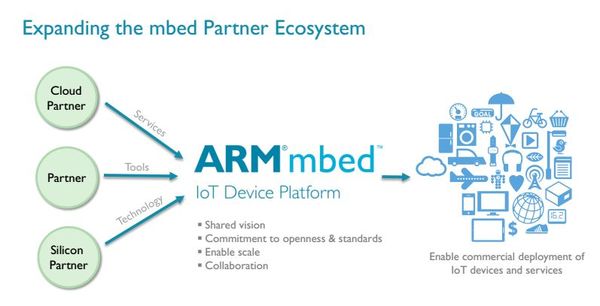 Currently, Silicon Labs has not provided any details concerning power consumption goals that the firm plans to achieve, but it has pointed out several features of the API that would reduce power usage of the chip, substantially. For starters, the low level API is going to possess an automatic, optimal sleep mode and will distribute power according to the components’ level of activity in the circuit.

ARM’s Zach Shelby, who is Vice President of IoT business marketing, stated in their press release that:

“The new power management APIs for ARM mbed make it possible for developers to create applications that take advantage of the low-power features of ARM Cortex-M based microcontroller. This is an important step toward enabling full energy-awareness in IoT devices.”

With the optimal sleep mode on, it was demonstrated that an LCD showed a current consumption reduction from 1.03 mA to 0.100 mA. This is downright phenomenal. It appears that ARM has managed to come up with one smart API, which just might become available for microchips in the near future. According to Tom Starnes, an industry analyst at Objective Analysis:

“Special attention is needed in an MCU environment where there are numerous opportunities for real-time interrupts to hammer the processor for attention. You don't want the wrong circuit asleep or its state improperly saved when it is needed. Having a set of APIs that are well thought out for the dynamics of power management is pretty critical.”

With so many perks of the low level API, it is also possible that it is going to be present in upcoming smartphone and tablets, although for now, both tech firms are going to concentrate in bringing this feature to things that are going to be a part of the ‘internet of things’. Perhaps this is the final break that we needed to hear concerning the overall battery life of our mobile devices. For now, the only thing left to do is to wait for the API to be assimilated to smartphone chips.