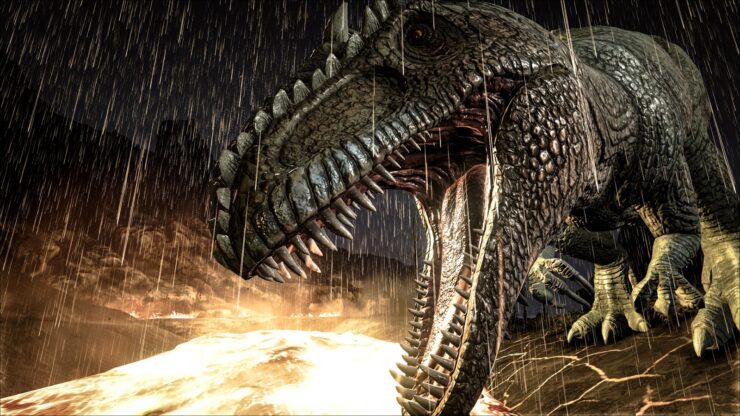 ARK: Survival Evolved has seen a massive size increase with the official inclusion of a modder made map.

The Centre was created by modder Ben Burkhart as part of Studio Wildcard’s Official Mods Program and is available to everybody who owns the game on PC and Xbox One.

“With 'The Center,' players are presented with a gorgeous fantasy geography that provides a distinctly different feel and perspective from the traditional ARK Island, and it is simply stunning in size and imagination.

“The ARK modders are developing a ton of fun, creative content that, up until now, only the PC community has been able to enjoy. By selecting the most innovative high-quality mods and adding them into the main game, we’re able to make this amazing content available to console players as well.”

As well as the new map, today's Xbox One update includes a number of other features. The full list of changes includes: