Yes, it is that time of the year when the Soccer season finally kicks off and the Football fever begins. With massive fan following throughout the world, Football (American Soccer) is easily one of the most popular sports. You don't have to take my word for it. According to TopTenFindings, Soccer is the most popular game in the world:

It is the most played game that almost 250 million players of this game are in the world and 200 countries it is played......

As the Official Soccer season starts, Soccer fans from all around the world look to one start of their own gaming seasons with their copies of FIFA or PES. 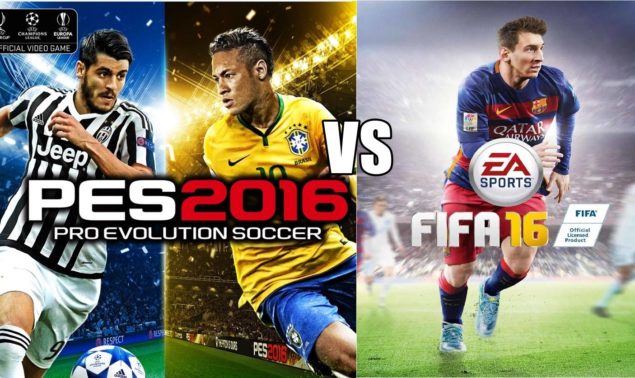 Just in time to pump up the anticipation before the game releases, we have had the Gamescom and many developers have displayed their amazing gaming arsenals at their conferences. EA and Konami are one of them, and we got to see a couple of pretty amazing trailers.

Starting of with PES 16, Konami showed off their ever so smooth gameplay in their trailer coupled some very neat dribbling and trickery on show. The star of their gameplay trailer was "Álvaro Morata" who is currently a striker at the Juventus football club. You can see him scoring multiple goals in the trailer below.

Moving on to FIFA 16, Electronic Arts choose more of a wow approach to the trailer with a slow song in the background and players showing off their dribbling skills. In my opinion, the dribbling in FIFA series has not been nearly as fluid as it has been in PES but FIFA has generally been more successful because of its gameplay stability. But hey, that's just my opinion. Have a look at the FIFA 16 trailer below and decide for yourself which game you're going to buy this season.

Stay tuned for more gaming news and do share your views with us in the comments section.