Apple has revealed its weekly paid app which it is going to be giving away for free over at the App Store, and the title's called 'Flick Kick Football' that usually sets users back $1.99 on a regular day. But now, the Cupertino company is giving everyone a chance to grab hold of the game without having to toss in a single dime. 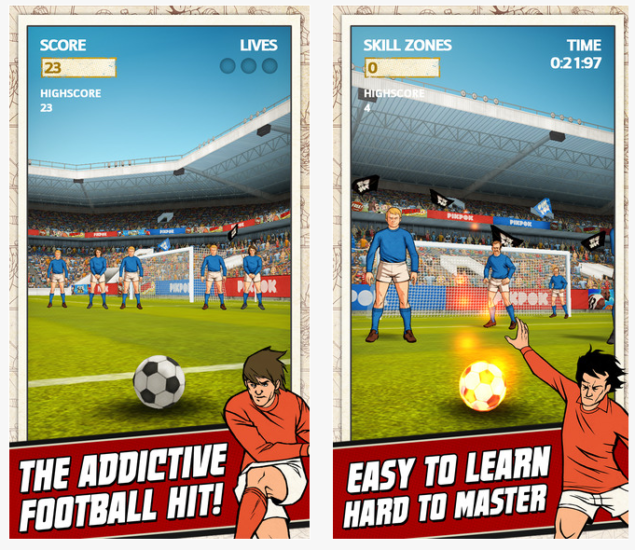 For those of you who are new to this type of thing, we love to keep our regular readers updated with what's good on the App Store. Each week, starting every Thursday, the staff from Apple will pick out a premium application or game and feature it as their free 'App of the Week.' The title is already obvious isn't it? Anyways, you can use this opportunity to download their selected app for free and receive regular updates from its developer in the future.

Unlike other similar titles on the App Store, Flick Kick Football brings back the old school soccer game where there aren't any console or sticks for you to move, and there are no interactive soccer players running around either. Your task as a player is to use on-screen swipe gestures and kick the football itself. That might sound a bit too easy but in reality your players will have to kick the ball through a wall of defenders and score as many goals as possible.

Kick it old school! See for yourself why Flick Kick® Football is the soccer game that people simply can't put down! 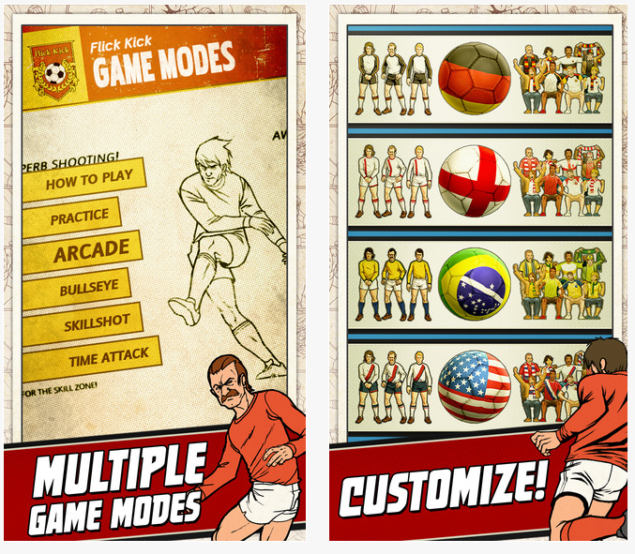 Flick Kick Football provides more than just simple hand gesture features and easy to play controls. This game also features multiple modes, making it even more competitive and most aspects of the game are customizable.

- Intuitive Flick Kicking – Sweep your finger across the ball to drive, curve and power the ball past walls of defenders
- Unique ‘Golden Era’ of Football Presentation – Immerse yourself in graphics that will bring the nostalgia of the era back
- GameCenter Leaderboards and Achievements - so the world can see how much of a better player you are than your friend
- Online Multiplayer and classic pass and play!
- Practice Mode, to get your game up to par
- Bullseye Mode, can you smash the targets?
- Arcade Mode, to show what you can do when it really counts
- Time Attack for those that like to race the clock, or with limited time for greatness

If you are a fan of arcade football games like Flick Kick Football, use this event and download it for free from the App Store or click here, saving you a solid $1.99 to use in in-app purchases or other things.

While you are still here, be sure to check out the trailer below. We're sure it will lure you to download the app. Let us know what you guys think about Flick Kick Football and are there room for improvements?