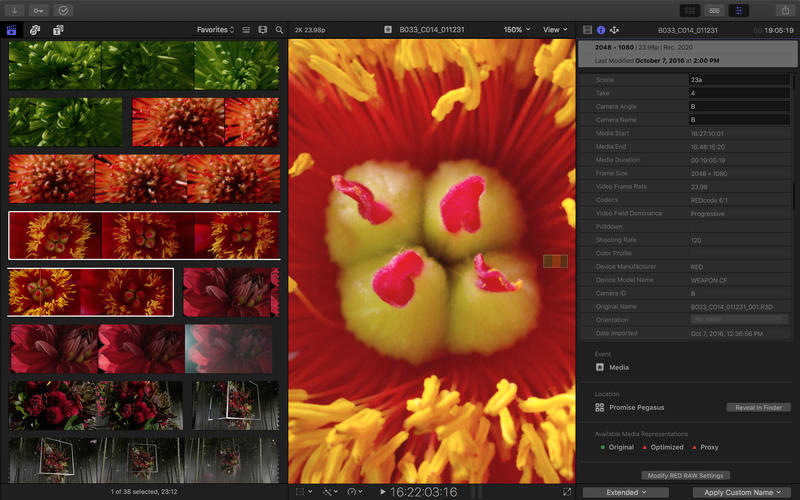 Apple has recently announced that it now has two million Final Cut Pro X users. The news comes as the company was speaking to an audience at the National Association of Broadcasters' annual conference. According to the company, the two million user mark was achieved after more or less five and a half years of releasing version 10 of the video editing tool. Let's dive in to see some more details on the subject.

The company also said that the adoption rate was increasing. Any specific dates were not announced at the conference as the adoption has taken a lot less time to climb from the one million mark to the next. User reactions to the app were not positive initially after the company introduced version 10 of the Final Cut Pro X app. However, the increased adoption rate was imminent after a while.

The Cupertino giant completely rewrote the professional video editing platform when it introduced version 10. According to Jan Ozer of OnlineVideo ‘Apple was trying to change the workflows of professionals who knew more about video production than any of the engineers who created the product.’ On the contrary, the Hollywood film editor Walter Murch stated 'I can't use this'.

Apart from this, there were several petitions against Apple to call of the new version ans revert it to version 7. In addition to this, selling the business was also coined in the days. The public outbreak of anger and excitement was observed over the new redesigned interface of the platform. Moreover, the removal of so-called core pro features was so popular that Conan O'Brien ridiculed the software on his late night show, Conan.

Randy Ubillos, the Final Cut Pro creator had predicted the user reaction on the new interface in version 10 of Final Cut Pro X. Henceforth, he suggested that Apple should give users a free copy of version 7 alongside version 10. This would have allowed users to adapt to the new user interface. However, this approach was rejected by Apple.

Nonetheless, with Apple's revisions over the platform and the addition of third-party plugins along with the natural time span, users began to accept the platform. Now, the platform rests alongside Adobe Premiere as one of the leading professional video editing tools on the market.

If you're interested in trying it out for yourself, Final Cut Pro X is available on the Mac App Store for $299. As for now, what are your thoughts on Apple's professional video editing tool? Share your thoughts in the comments.