Eric Schmidt, chairman of search engine giant Google Inc. was recently interviewed in which he spoke his mind and explained how these patent wars are shaping the future of innovation in technology. He believes that these industry wars are beneficial for customers but the patent wars are awfully obstructing innovation. He says:

“We've not seen platform fights at this scale. The beneficiary is you guys (i.e., consumers). Prices are dropping rapidly. That's a wonderful value proposition.” 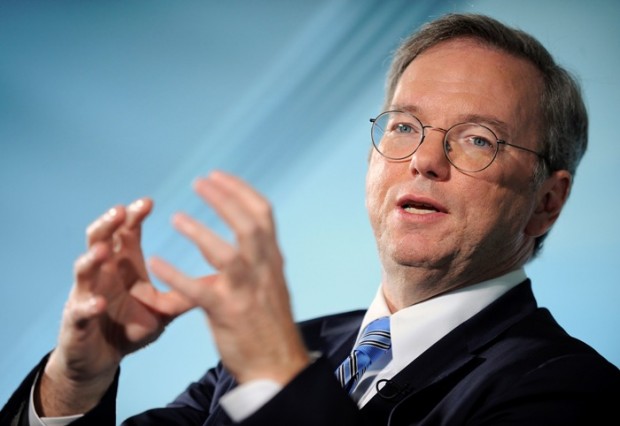 Schmidt didn't issue a statement on patent wars for two reasons. One, he doesn't know a lot of details and secondly, the topic makes him upset. He came off blunt by saying:

“These patent wars are death”. He acknowledges that software is always more or less overlapping and similarities are bound to be there. There are an estimated 200,000 patents covering the software industry.

Schmidt also stated that the biggest victims of this practice are the small companies that cannot afford to spend on patent laws. It's easy for industry giants like Google, Apple and Samsung to protect their stuff but not start-up companies.

He explains the impact on innovation by saying that:

“I think this is ultimately bad, bad for innovation. It eliminates choices.”

Schmidt states that Apple made a big mistake by switching from Google Maps. He elaborates on the matter by saying:

“Apple should have kept with our maps. The fact of the matter is they decided a long time ago to do their own maps, and we saw this coming with their acquisitions. I think Apple has learned that maps are hard. We invested hundreds of millions of dollars in satellite work, airplane work, drive-by work, and we think we have the best product in the industry.”

When Schmidt was asked whether Google will make a Maps app for App Store, he gave the same answer saying that if they were to make an app, Apple would have to approve it.

He made an interesting statement that he believes that there is a “Gang of Four” technology platform leaders – Google, Apple, Amazon and Facebook.

When asked whether Microsoft should be up there, he denied by stating that “It's a well-run company but they don't make state-of-the-art products.”

In this day and age where companies declare bankruptcy every other day or resort to mutual co-operation, it's not a good idea to become a lone wolf even if you're a tech giant. We still believe that Apple should stop messing around and take certain things for granted, for when things go south, you got to have some support to hold on to.