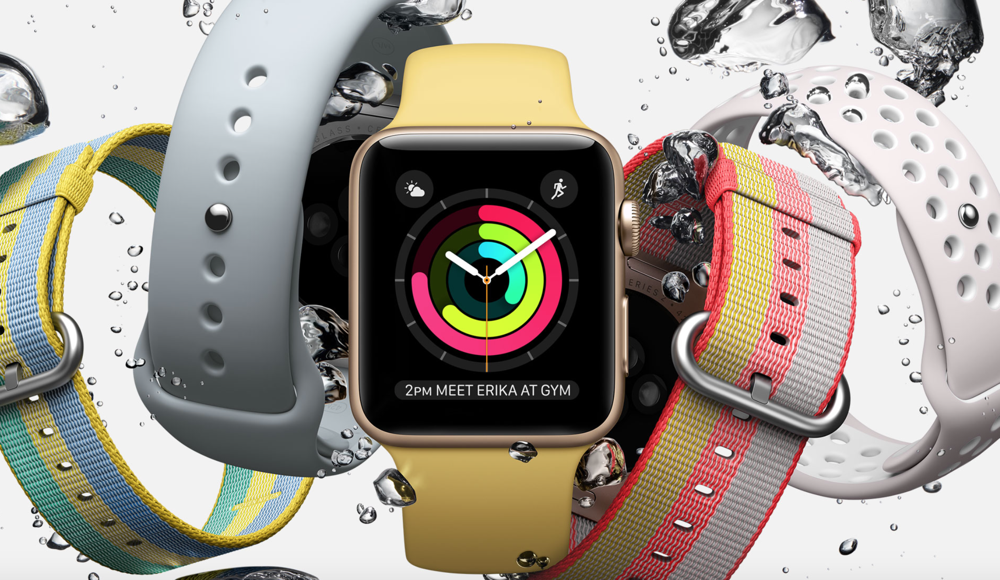 Since its launch, we have all come to know the Apple Watch as a very capable device. The device packs a stunning display and powerful internals that makes it stand out from the crowd. Now, the wearable's stats are gradually picking up the pace with the launch of Apple Watch Series 3, featuring LTE connectivity. When Apple announced its Q4 of 2017 results, it did state that its wearable had experienced its best quarter, selling double the numbers of the Series 2 in the same time last year. This lead to the wearable surpassing the Swiss Watch industry. So let's dive in to see some more details on the demand for Apple Watch Series 3.

As per the latest report from Canalys, an analytics firm, Apple shipped 19 million units of the wearable in 2017. Out of the total, 8 million units were shipped in Q4 of 2017 alone. This is quite a mark and an increase of 32 percent year-over-year. 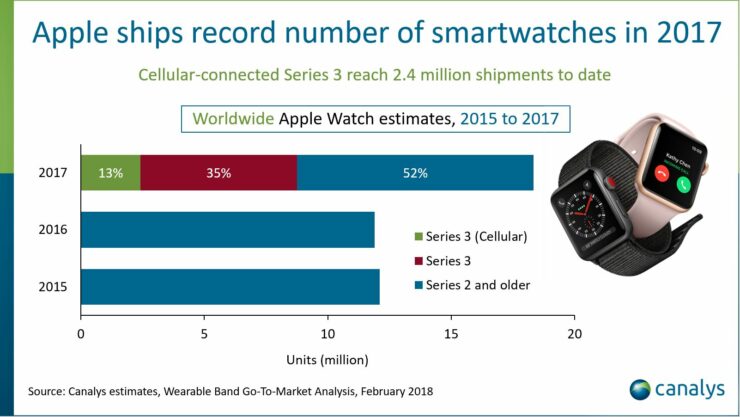 Apple Watch Series 3 had a lot to do with the increased number of shipments. This is due to the fact that featured LTE connectivity for the first time and it is the fastest selling LTE-enabled wearable in the market. Shipments for the device reached a staggering 1.6 million units for the quarter.

“The cellular version of the Apple Watch was in strong demand in the US, Japan and Australia, where all major operators stocked it in time for the holiday season,” said Vincent Thielke, Research Analyst at Canalys. The Apple Watch Series 3 is the fastest-selling LTE wearable on the market, with shipments doubling quarter on quarter to reach 1.6 million. “But limited operator selection in the UK, Germany and France influenced consumer purchase decisions, and stifled the growth potential of the connected Apple Watch. Moving into new markets, such as Singapore and Hong Kong in Q1 2018, just in time for Chinese New Year, is a good move,” added Thielke.

Do take note that the Apple Watch Series 3 with LTE connectivity was in a limited supply, so the numbers would have even gone further up. Apple has also expanded the availability of its LTE wearable in Singapore and Hong Kong and it will add more to the shipment numbers.

For the first time, #Apple shipped more Apple Watches in 4Q2017, than the entire Swiss Watch Industry shipped watches! Apple is the biggest watch maker in the world #AppleWatch pic.twitter.com/G6M6TJ7uO2

The most important aspect is that Apple Watch has surpassed the sales of the major Swiss Watch manufacturers such as Rolex, Omega, and Swatch combined in Q4 of 2017. So this is a major milestone achieved by the company. There will be more to the story, so be sure to stay tuned.

As for now, share your views on the Apple Watch outselling the entire Swiss Watch industry in Q4 2017?